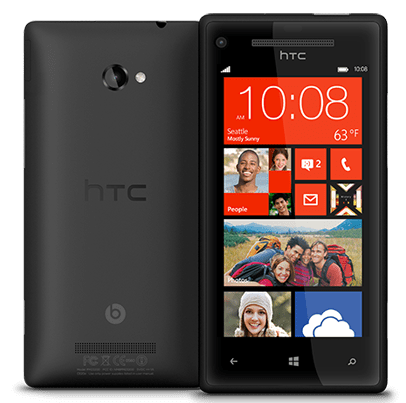 The Windows Phone 8X (pictured above) is the company’s top-of-the line smartphone running the latest mobile OS from Microsoft. It’s powered by a Qualcomm S4 1.5 GHz dual-core CPU, helped by of 1 GB RAM.

The internal memory is 16 GB, but the new smartphone also features a microSD card. An 8 megapixel rear facing and 2.1 megapixel front facing camera is also on board. It’s sound is provided by Beats Audio.

Its mid-range phone offering is the Windows Phone 8S . It also runs Microsoft’s new mobile operating system, but the CPU is a 1 GHz dual-core Qualcomm S4 with 512 MB of RAM and 4 GB storage. The screen is 4 inches with  WVGA resolution at 800 x 480 pixels. The memory is also expandable via a microSD card. The camera is a 5 megapixels. 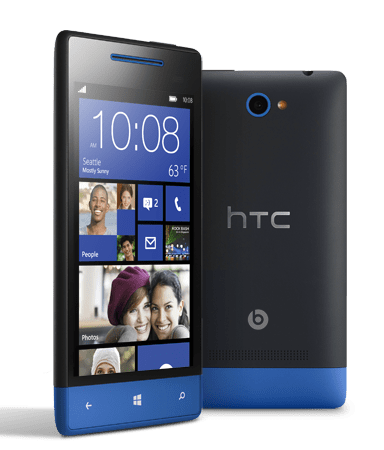 HTC didn’t show off any functionality of the Windows Phone 8 OS other than the Start screen and there was no mention of pricing. The phones are set to be released in early November.

It’s definitely launch season for new tech gadgets. Apple has released the iPhone 5, Nokia has Windows Phone 8 smartphones with wireless charging, Motorola has an Intel-powered Android smartphone and Amazon released its new Kindle Fire HD. Plus there’s plenty more on the way…what a great time to be a geek!