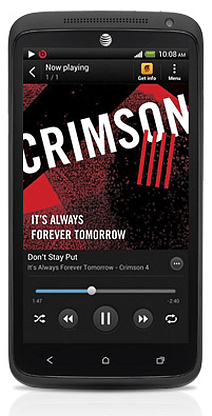 Android smartphones continue to impress, and one of them, the HTC One X+ is making its way to AT&T today. Also an exclusive model, the HTC One VX.

One of the most interesting Android smartphones out there, the HTC One X+, is making its way to AT&T today. And it’s joined by an exclusive mid-range model the HTC One VX. 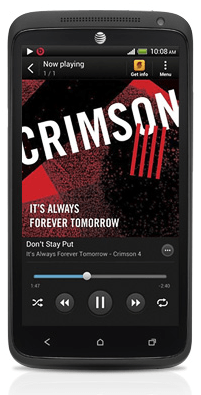 The HTC One X+ packs some serious firepower, as it uses a 1.7 GHz quad-core Nvidia Tegra 3 CPU, plus a fifth core, that saves battery by running tasks that don’t require as much processing power. The extra core has low power consumption that leaves the 2100 mAh battery available for other tasks.

It has a 4.7 inch touchscreen (720p resolution), 8 megapixel rear facing camera that captures 1080p HD content and it runs Android 4.1 Jelly Bean. It’s expected to start shipping today, according to AT&T’s pre-order page, at $199 with a two year contract.

Considering the specs, I’m pretty sure AT&T won’t have any trouble selling this one.

The mid-range smartphone is also part of the announcement. The HTC One VX has a 4.5 inch qHD screen and is an exclusive to the mobile operator. It has a dual-core 1.5 GHz CPU, 5 megapixel camera and runs Android 4.0 Ice Cream Sandwich. While called ‘mid-range’ it has decent specs and should handle everything you throw at it easily. The AT&T press release does promise a 4.1 upgrade, though. 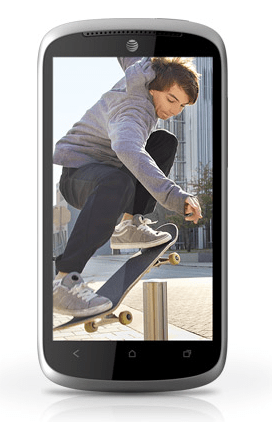 No news on price and availability at this time, just a ‘Coming Soon’ notice.