While Smartphone hardware becomes more similar — features, apps and services will potentially be the deciding factor in purchasing a device. There’s now an interesting development as HTC — which own Beats by Dr Dre is considering purchasing the music service MOG.

As high-end smartphone hardware becomes similar, the difference between purchasing a specific model might come down to apps, accessories or services. HTC already owns 51 percent of Beats by Dr. Dre (which it paid $ 300 million for) and now it would seem that Beats is interested in buying music subscription service MOG. 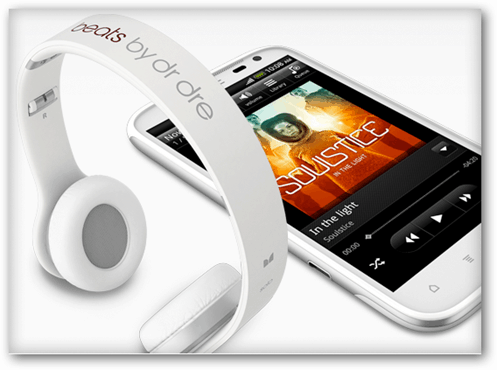 According to the Associate Press, quoting “a person familiar with the matter”, says the parties are in talks to make the deal.

It’s interesting that Beats, mostly owned by HTC, is considering buying another company. But I think it would be a good move for HTC. The Beats acquisition was a serious mission statement — it says that HTC is targeting music lovers, by offering them one of the best music experiences on a smartphone. It only makes sense to provide them with music to listen to as wel.

MOG’s Chief Executive has no comments on the matter, as expected.

Of course, there were times when music services provided by phone manufacturers didn’t do too well — remember Nokia’s Comes With Music? Times are better for this type of move now.

MOG is not the biggest music subscription service out there, but it claims to have around 14 million tracks in its portfolio (competitors Spotify and Rhapsody have, 15 and 11 million tracks respectively). Currently, like Rhapsody, MOG is only available in the U.S. While Spotify is available in the U.S. Austria, Belgium, Denmark, Faroe Islands, Finland, France, Germany, the Netherlands, Norway, Spain, Sweden, Switzerland, and the United Kingdom.

I’ll be keeping a close eye on this potential partnership.

And speaking of music, did you know that the Zune Pass is still very much alive in Windows 8’s Music Metro App?