What? Ever since Hewlett-Packard killed its fledgling TouchPad tablet and began selling it at fire sale prices to get rid of inventory, the once flailing tablet has been selling like crazy. At $99 and $149, who could resist it? It sold out quickly.Then a couple of weeks ago, HP announced it would relieve parts makers of inventory and sell a few more. But it’s upping the price of a product it assassinated abruptly in August.

Now, after weeks of having no stock left and tons of demand for a dirt-cheap tablet, HP now is returning its zombie-ish TouchPad to its site. After these sell, HP says, the TouchPad is dead. But notice the switcharoo here. HP now is charging $220 (16 GB) and $250 (32 GB), obviously testing what the market will bear. With all this craziness, I wouldn’t doubt it.

This looks like a bad mood and is going against the grain. After all, HP is in fact discontinuing it after this round — so it says — and support will stop after a year. And consider. RIM just dropped its BlackBerry PlayBook by $200  — it’s now $299 at Best Buy. Even HTC sunk the price of its Flyer down to $200. Last week, Amazon, clearly taking a loss, announced a $199 Kindle Fire streaming video tablet.

Even with the jump in price, the TouchPad might still appeal. With HP’s new CEO Meg Whitman — ex CEO of Ebay who understands better than anyone the value of auctioneering — could HP be resurrecting the fallen gadget? I wouldn’t put it past this multibillion dollar company that has a tough board and international customers and stockholders to contend with. 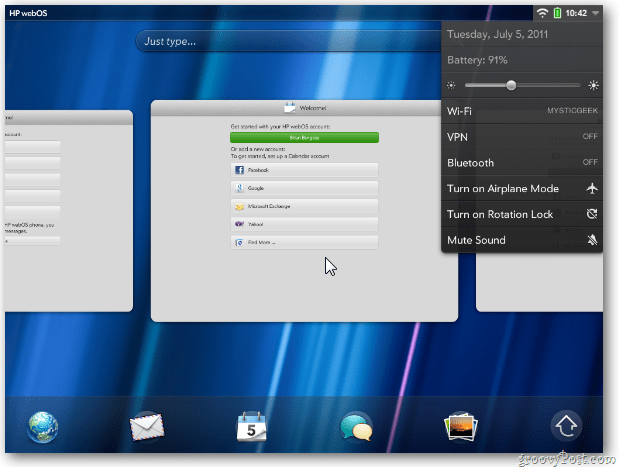 At the time of this writing, HP’s site showed it was still out of stock. That will change tomorrow. To me, it feels either like a switcharoo, a savvy move or a reaction to something HP and others never considered: non iPad tablets really can sell if they cost next to nothing. HP has already sold more than a million since it killed it.

What do you think? Did you buy a Fire Sale tablet — or are you considering paying a little more for the new ones. Do you need more information? We do. We’ll follow this continuing story.