Google has sent an email to users of its service Wave, basically a final eviction notice. We were all told to get whatever we may still need from the service as it will be turned off.

Google sent an email to users of its service Wave, basically a final eviction notice. We were all told to get whatever we need from the service as it will be turned off. 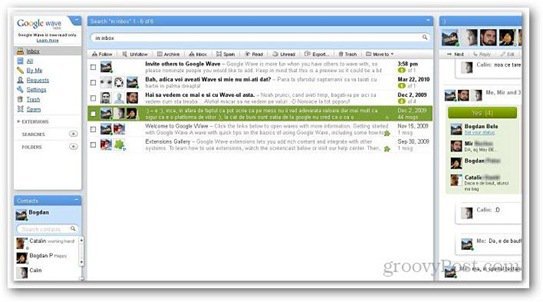 This will happen on April 30 (basically in a month + a few days), and, as interesting an idea it seemed at first, I can’t say that I’ll miss it. It could have been a really useful collaborative tool, but it never caught on so it’s going into internet limbo.

It’s already read-only, so you can’t create any new waves. Still, you can (until April 30) export your existing Waves to PDF or HTML. That couldn’t be easier – just click Export… like I did below and choose the format that works easiest. 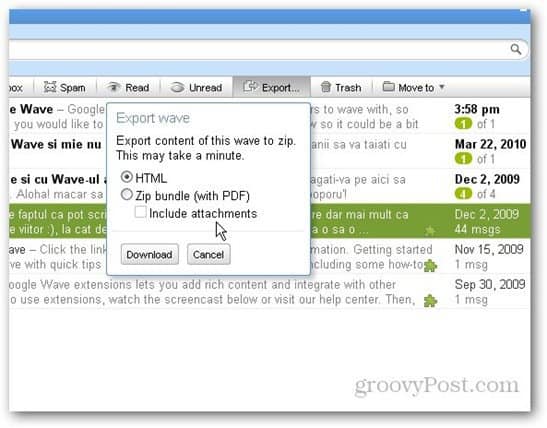 Google also says that, if you want to continue to use the service, some open-source projects have been developed, including Walkaround. It lets you to import your waves and pick up where you left off.

I have no idea if it’s on purpose or not, but fact is that the email comes from Google Wage, instead of Google Wave. Could that be a message from the Wave team to Google’s accounting department? 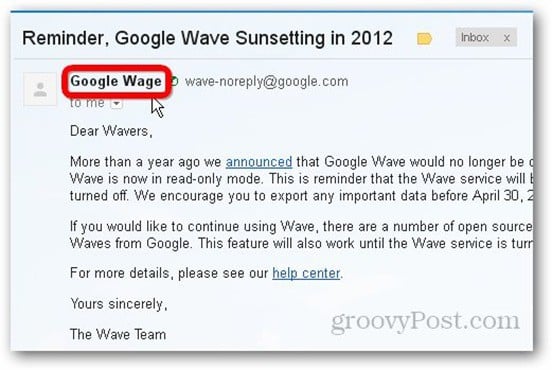 Let’s say our farewells (or fareWaves, if you like) to Google Wave and, if you want to say goodbye to your Google account, too, here’s how to delete it altogether and backup your data first.