Google is bringing local results to Google Plus. With this comes Zagat rating integration to local maps and search.

Google just took another small step towards local search, but a giant leap for Zagat reviews. Late late month Google launched a new Local tab that shows reviews for nearby shops and restaurants. This comes as no surprise, Google has been looking for a way to integrate Zagat into it’s services since acquiring it last September.

The new local tab shows up on the left-side of the Google+ interface. 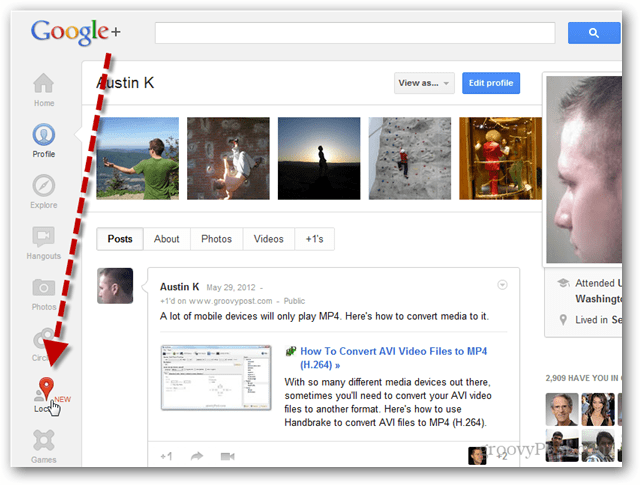 Google+ will automatically bring up local recommendations based on your geo-location determined area. For the most part, only Zagat rated shops will show up. But, if someone from your friends list has written a review it will show up there as well. 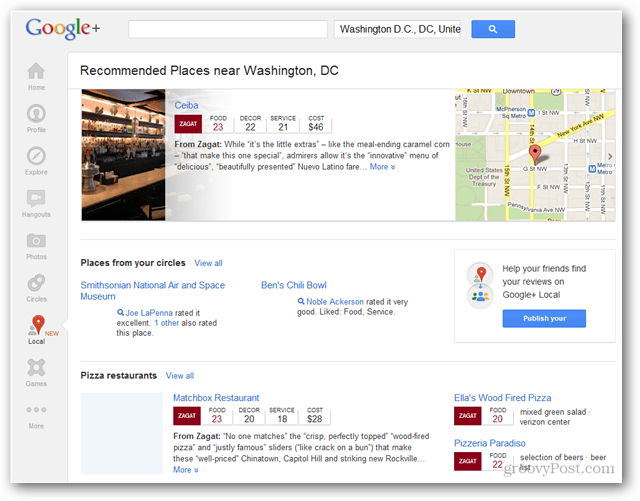 If you aren’t familiar with Zagat ratings, they work on a scale from 0 to 30. The best restaurants will be closest to 30. It’s interesting to note that Zagat usually doesn’t even bother rating places that would be lower than 15 on its scale. 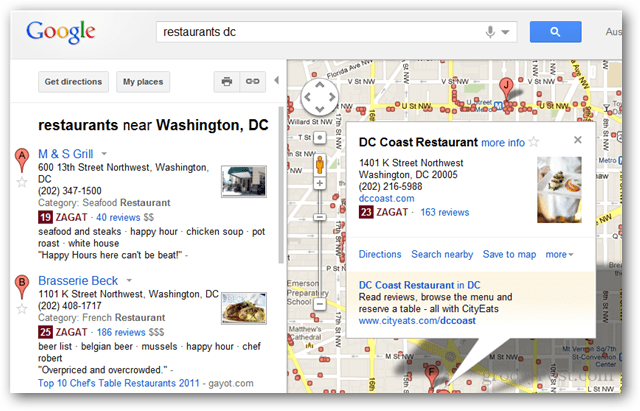