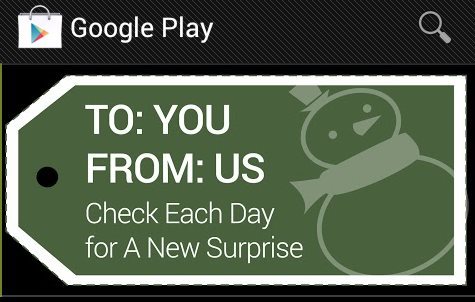 Google is running promotional daily deals in the Play (Android Market) until New Year’s day. It’s off to a slow start, but some great deals are coming.

In lieu of the holiday season, Google is running a promotion from now until the end of the year, where free credit will be given out for apps that use it each day. To start it off, the app “Hotel Tonight” is dishing out $35 of free credit towards a purchase made using the app. 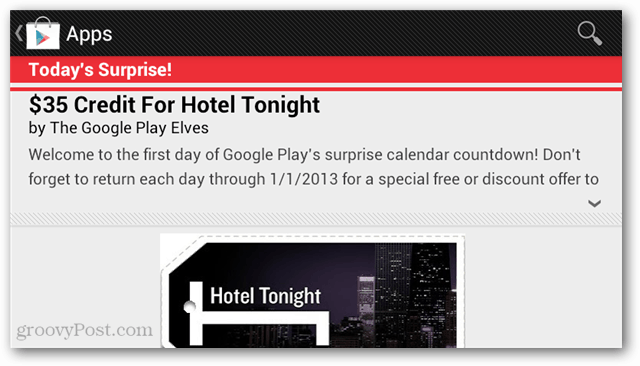 To take advantage of the deal just open the Google Play store on an Android device and it will appear at the top. A new deal will be listed every day until January 1st. 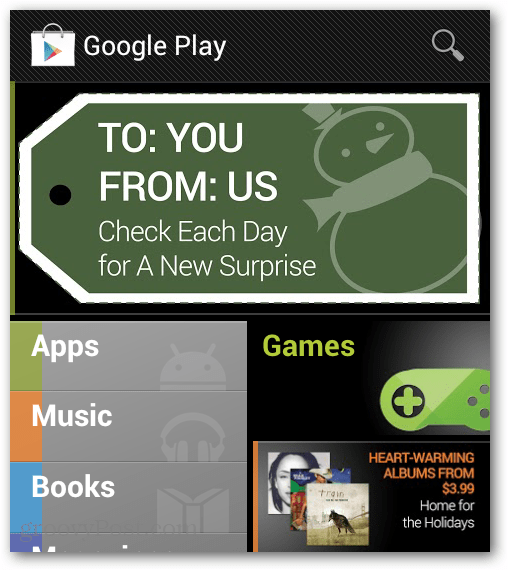 It appears that the credit for Hotel Tonight expires after the same day as its deal. Hopefully future Google Play “To: You, From: Us” deals will last longer and offer more value. We’ve got our fingers crossed.