Google isn’t one to shy away from variety. In a product announcement buried by Hurricane Sandy news, Google has added some hefty upgrades to its Nexus series of Android devices.

Not to be outdone by Microsoft’s recent release of the Surface tablet and Windows 8, Google is adding to its lineup of Nexus tablets and smartphones. Available starting 11/13/2012, Google is offering the next generation of the Nexus Android smartphone, an upgraded Nexus 7 tablet, and a new 10-inch Nexus tablet. All of these devices are priced competitively, and the technical specs are set to blow the competition away. 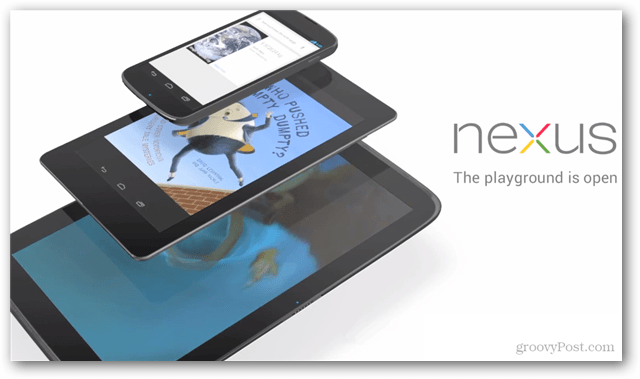 First in the line-up is the Nexus 4 Android smartphone. This handset comes from collaboration with the hardware manufacturer LG, despite the fact that Google could have easily manufactured it through it’s self-owned manufacturer Motorola. With a 4.7 inch display the Nexus 4 comes in at roughly the same size as Samsung’s latest Galaxy SIII phone, but is still dwarfed by the the larger Samsung Note II phablet. Coming as a surprise and likely as a result to keep costs low, the latest Nexus phone is not dual-band and will only be available initially to GSM carriers. Available November 13 in the Google Play store.

The Nexus 7 is now considered old news since its release last July, but it’s received two noteworthy upgrades. The 8 GB version is no longer available, and now the 16GB is dropped in price to make room for the 32 GB taking its place. In effect, size was doubled and price has remained the same. In addition a new HSPA+ capable version has been added for the 32GB version that tacks an extra $50 onto the cost, aside from the data plan required to employ it which must be acquired separately.

For technical specs on the Nexus 7 check it out in the Google Play store, as there is nothing new to report.

The first of its kind, the Nexus 10 tablet is the largest Android tablet that Google has yet to produce. Compared to the Nexus 7, this tablet dominates from a hardware perspective with nearly double the horsepower underneath the hood. The only unfortunate part is that there won’t be a 10-inch model available with HSPA+ connectivity. Available November 13 in the Google Play store.

Google also released it’s first promotional video announcing the devices yesterday that shows off a new ‘Siri’-like feature, check it out below or on YouTube.