One of Android users’ favorite pieces of software, Google Goggles, now has a new version. One of the most interesting features is support for smartphone cameras without auto focus to read QR codes.

One of Android users’ favorite pieces of software, Google Goggles, now has a new version. Among the features included is QR code reader support for cameras lacking auto focus, which should make it quite appealing for users of inexpensive Android smartphones. 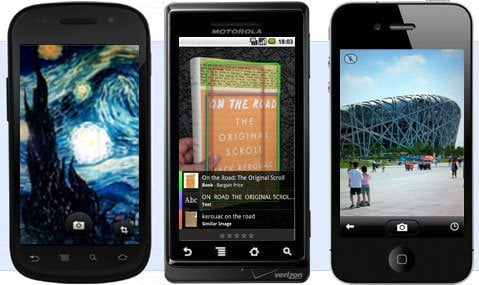 The new version can be downloaded in the Google Play Store. It includes quite a few new features, but the most important one is support for smartphone cameras without auto focus to read QR codes. This means that you can use the app from a cheaper smartphone to find out what’s around you is by photographing it with your phone’s camera. Or to scan QR codes directly — although there’s some other great apps for that.

Other useful features of the update include URL checking against a blacklist — it won’t let you go to a URL that could hurt your device. You also get a screenshot of the page before visiting it. It also lets you search for similar looking products when a match isn’t found.

This is not a huge update, but it brings some groovy new features to the table.