Google’s autonomous cars just got a license to test drive in Nevada. Would you take one for a ride?

Google just received its first license to run autonomous vehicles in Nevada. Unlike last years legislation to allow testing, this time it means that its Driverless cars will no longer require a human sitting behind the wheel. Though still in testing, Google has come far enough that an impressed Gov. Brian Sandoval describes the technology as “amazing.” 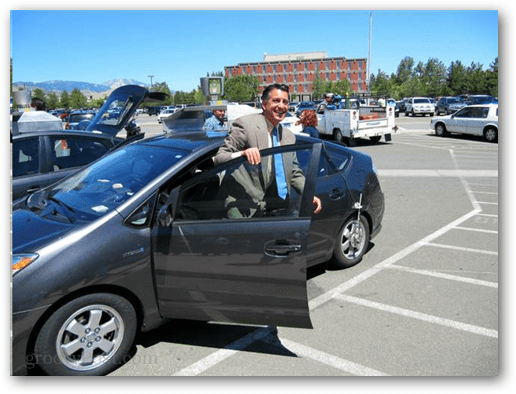 It’s only a matter of time until big name car manufacturers make sign contracts with Google to build large quantities of autonomous driving vehicles. The current system works similar to cruise control; if you step on the break or move the steering wheel the auto-pilot will disable.

Cars equipped with Google’s autonomous vehicle technology will drive themselves will be labeled with a infinity symbol on their license plate. The reason being “I felt using the infinity symbol was the best way to represent the ‘car of the future,’ ” state DMV Director Bruce Breslow said.

Google is also the first to apply and be approved for autonomous car testing, however the Nevada DMV has stated that “other auto manufacturers have indicated their desire to test and develop” similar technology. After all, Google wasn’t the only one to figure out how to make cars drive themselves.