It would seem that Google Drive, the company’s answer to Dropbox and other cloud storage services might finally set for release…

Google Drive — Google’s answer to cloud disk providers like Dropbox, SkyDrive and Sugarsync and Box.net is finally looking like it will be released in April. 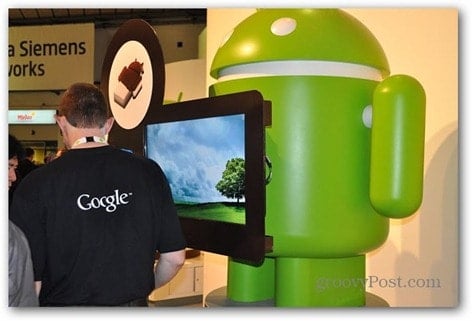 It’s obvious by now that Google hates to be left in the cold when it comes to hot technology that consumers crave so we all knew it was just a matter of time before they created a solution for Google Users which would compete with other Sync Cloud Providers.

The Google Drive or GDrive service has been rumored for several years now and it seems (according to more rumors) to be upon us as early as the first few weeks of April says Om Malik, quoting “sources” (Google, as per its tradition, says nothing about it).

According to the same sources, Google will offer a measly 1 GB of free storage space to its Google Apps users with an API for geeks and a domain specific address. Just like Dropbox, it will use a local client.

Comparing it to Sugarsync and Dropbox from a free storage standpoint, I can’t say I’m “super” excited at this point but honestly, these are still rumors up to this point and I’m sure Google will hold the most exciting features close to its chest like Android integration, music etc..

Of course the crew here at groovyPost will keep a close eye on this story and follow it up with the best how to’s on the internet once it’s fully released so stay tuned!