Having noticed that many gamers get as much enjoyment out of modifying games as they do playing them, Valve has decided to give them all the same resources the company uses so anyone can create original games and… 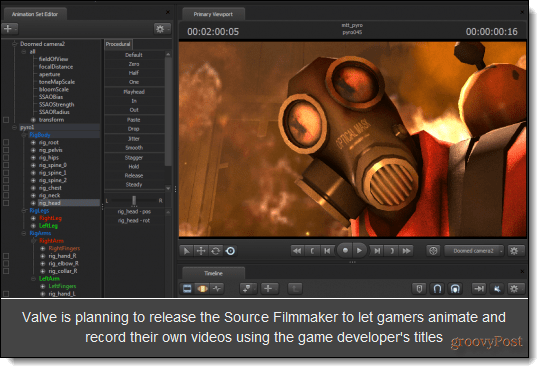 Gamemaker Valve Software, known for its online game publishing site Steam and game titles like Half-Life, Counter-Strike and Portal, is turning over to the public for free the tools it uses to create its 3D games.

Having noticed that many gamers get as much enjoyment out of modifying games as they do playing them, Valve said Wednesday it had decided to give players all the same resources the company uses so anyone can create original games and animated movies. The resource package, called Source Filmmaker, lets anyone, but especially gamers, direct, animate, and record their own videos as if they were shooting on location inside a video game.

Source Filmmaker includes the Source game engine. This means that users will have almost any element from a recent Valve game at their disposal, including characters, locations, props, particles, textures, and sounds. New assets can be created 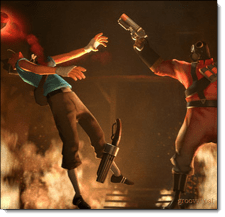 from scratch using the Source SDK and imported into a video project. People will then be able to position objects and choose their camera angles as if it were a real-world location. Lighting and visual effects can be adjusted on the fly. Characters’ positions and movements can be changed by moving key points using the mouse, and there is a complete library of subtle facial expressions.

Valve warned that while using Source Filmmaker is an enormous leap in how games are created, it’s still a very complex tool with a steep learning curve.

Valve marked the announcement of the Source Filmmaker with the release of “Meet a Pyro,” the final video in a series of humorous introductions to the characters in Team Fortress 2. Since this is the same tool the company used to make about 50 promotional movies for their games, the company is challenging users to top Valve’s creation.

The developer is currently handing out beta keys for the Source Filmmaker through the official website, with a full release planned for later this year. The initial release will include only objects and effects from Team Fortress 2, but Valve plans to include more elements in later releases.

To see some of the possibilities using Source Filmmaker, check out the video below to see Valve designer and filmmaker Bay Raitt show you the basics of creating an animation.