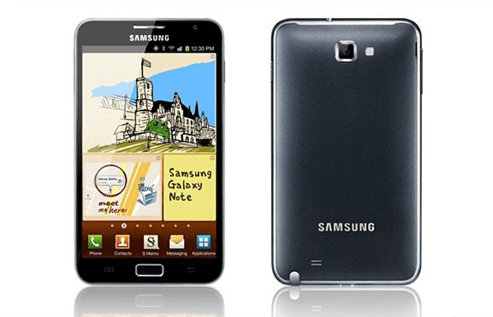 Must be that time of year for announcements as operators struggle to hold the interest of consumers with new device announcements. After Sprint came forward with the all-new-all-cheap ZTE Optik, AT&T is bringing one of the most sought-after mobile devices of the moment. I’m talking, of course, about the Samsung Galaxy Note.

And AT&T has every reason to expect a serious success since Samsung had shipped no less than 1 million units until the end of December.

AT&T will sell the 4G/LTE version (I got my hands on the European one, and I can tell you it’s a great device, if you don’t need your smartphone to be very small). In case you don’t know (which is pretty much impossible, since it’s one of the hottest smartphones of the moment), the Galaxy Note’s highlight is a whopping 5.3 inch Super AMOLED display, at a resolution of 800 x 1280 pixels. And, among other things, it packs dual-core 1.4 GHz processor.

According to the announcement, AT&T will be selling the Galaxy Note for $299.99 with a 2-year subscription. That same announcement states that the 2-year plan is required, so the smartphone/tablet hybrid will likely be unavailable without that, which is too bad…

Anyway, in case you want one, you can already pre-order it here.