Celebrating Frogger’s 30th birthday with an all new adventure! Frogger Decades is an exciting new chapter in the Frogger family of award-winning games, featuring breathtaking animation with an original musical soundtrack and cast of new characters to experience the Frogger world in a whole new way.

– Brilliantly designed levels, and features with high definition textures and graphics!
– Touch screen controls let you help Frogger do what he does best!
– The world of Frogger comes to you with many of his friends joining up for Frogger’s greatest adventure yet!
– Creative new never before seen abilities for Frogger and his friends!
– Collect achievements and see how your scores stack up on the worldwide leader boards via Game Center!
– Challenge your friends across the world wide Open Feint network!

Today, the price is $1.99 and you can pick-it-up for both the iPhone and the iPad.  Wow… now that brings back memories! 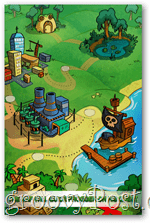 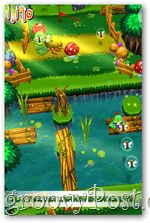 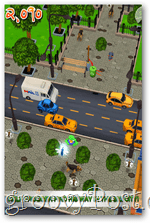 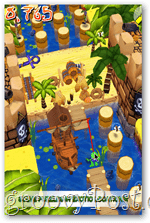