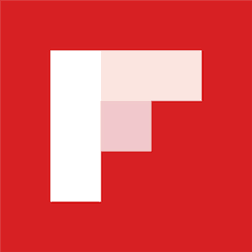 One of the more popular news reading apps, Flipboard, is finally available for entry level Windows Phones that only contain 512MB of RAM. Here’s a look.

One of the more popular news reading apps, Flipboard, is finally available for entry level Windows Phones that only contain 512MB of RAM. Earlier this year Flipboard was announced for the high end Windows Phones such as the Lumia 830 and Lumia 1520.

If you’re not already familiar with Flipboard, it allows you to create your own magazine about any subject that’s available on the web. It will continuously be updated, and is a good way to keep up with the latest news about, well, anything throughout the day on your mobile device.

Flipboard is a lot like an RSS reader like Feedly, but has a more stylish interface that’s easy to customize. Subscribe to a site and it creates an instant digital magazine with the latest news and updated.

I have been using Flipboard since it first came out and is one of my favorite apps that is now truly cross-platform…it’s also available for iOS, Android, and even BlackBerry. However, I must confess that I was using Zite, which is a similar app on my Lumia 635 and last year’s Lumia 520.

Flipboard for All Windows Phone 8.1 Devices

Now, thanks to an update, Flipboard now works with the low-memory devices – those with 512MB like the Lumia 635 or Lumia 530 and even non-Lumia brands like the BLU Win JR. I have tested it with the 365 and 520 and it works well with both, it’s nice to finally see one of my “essential apps” available on all Windows Phones now. 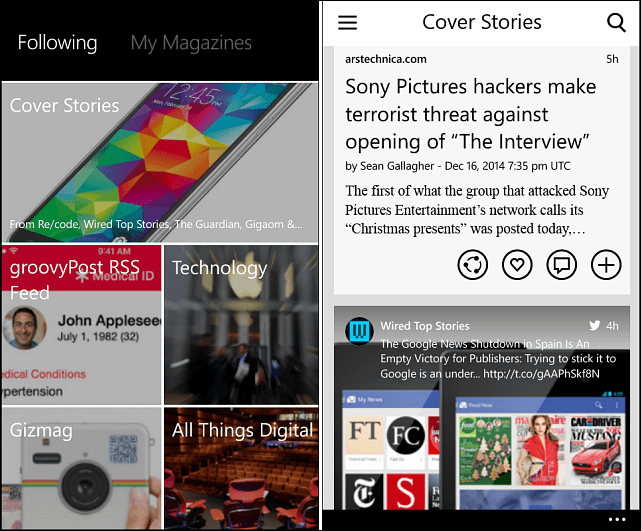 It should now work for any device running Windows Phone 8.1 – and yes it’s available from the Windows Store on for PCs and tablets running Windows 8.x too. I am also able to use it with the current (official build 9879) of Windows 10 Technical Preview.

The update also brings tweaks to the design and UI, bug fixes, and performance improvements.

How about you guys? Do you find that Flipboard is an essential app for whatever device you’re using? Leave a comment below and let us know your thoughts.