Making sure someone (especially a celebrities) are who they say they are is essential. Facebook is trying to make sure this happens, by allowing users with a large number of subscribers to verify their accounts. 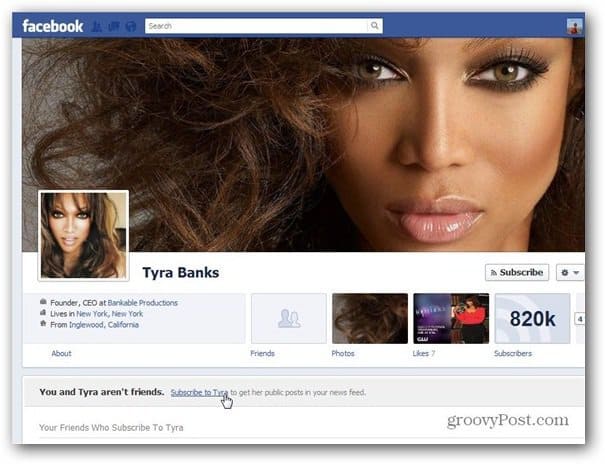 Just like Google Plus, Facebook does have a real name policy, meaning that, at least in theory, the name you must use on the site has to be your real name (it’s in the Terms of Service, under Registration and Account Security). The fact that the site doesn’t really do much to make sure that rule is obeyed by all of its users is another story. I totally understand it. Why would Facebook care whether a 60-year old using Facebook to keep in touch with his brother in another time zone uses his real name or not?

Things change, though, when we’re talking celebrities. What if someone impersonates some famous rock star (maybe one that doesn’t use Facebook), gets a few hundred thousand subscribers and gives them all sorts of false information, maybe even scams them into something? It instantly stops becoming harmless.

In order to insure that doesn’t happen, Facebook has decided to offer users with a large number of subscribers (like Tyra Banks, in the image above) the possibility to verify their account, TechCrunch says. This will be done by uploading a photo ID (which will be deleted afterwards, hopefully not like they deleted pictures on the site…).

Users will also be able to set a pseudonym or nickname they want to use on the site – because if you’re a famous musician, using a different stage name than your real one, people probably won’t look you up by your real name.

The funny thing is that, as the same article says, verified accounts won’t look any different (although I assume Facebook will do its best to eliminate the fake ones after an account is verified). Those users will just show up more in suggestions.

Oh, and another thing if you’re a famous actor, with 2 million subscribers, reading this. Before you start looking this feature up, you should know that Facebook will ask you to verify your account, not the other way around. So just wait and see whether you’re important enough.