Facebook is testing a new service that charges its user to send messages to strangers. The move could potentially increase the amount of spam in your inbox.

Facebook users are a weird bunch. There are two kinds of users when it comes to privacy: those who absolutely want their activity to be held completely secret, and those who have no idea what they’re doing with the service. The latter will sometimes write personal messages to people in the comments section of someone’s status update. But if a new test is deemed successful, Facebook users can throw a good chunk of their privacy out the window as Facebook is testing a new feature that would allow people outside of your network to contact you directly through the service. 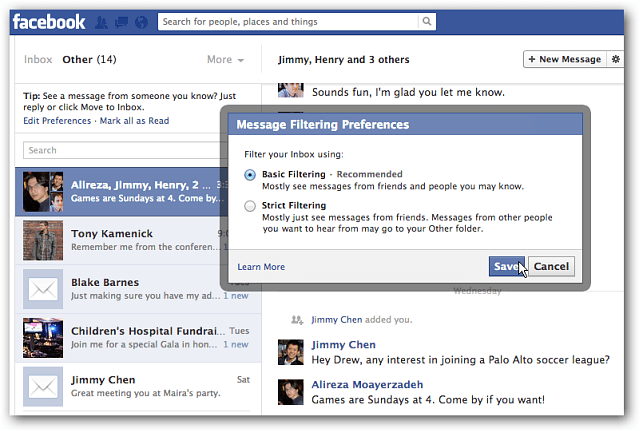 As it is right now before any changes are made, if a user receives a message from one of their friends or friends of friends, depending on your privacy settings, it will go directly to your inbox. Users who don’t share any mutual friends with you but want to contact you anyway, will have their message sent to your “Other” folder. The majority of Facebook probably aren’t even aware such a folder exists. The test Facebook will be running will allow users to contact people they don’t share any mutual friends with, pretty much strangers, for a small charge of $1 per message. The charge will ensure their message is sent to the person’s inbox, rather than their “Other” folder.

This move could potentially increase spam throughout the service. It seems there will be a minority of users who will use this test to send you messages about male enhancement drugs that don’t work, or to help their son or daughter win a popularity contest on some website. I assume Facebook has taken the proper measures for spammers not to run rampant with this test. But seeing how bad of a job it has been doing lately with user privacy, upsetting many users with its recent change to Instagram terms of service, I can’t help but think this is a terrible idea.