Facebook users can now give their friends iTunes digital gifts — basically iTunes gift certificates given via the social network.

Facebook has announced a new addition to its Facebook Gifts service: users can now give their friends iTunes digital gifts. 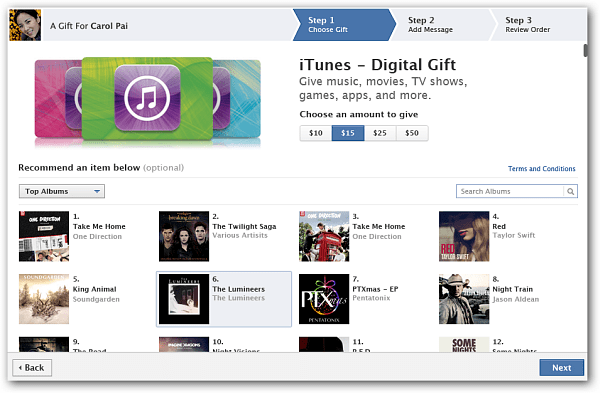 A partnership with Apple is definitely making the service, that allows, among other things, charity donations, much more credible.

And it seems like a great way to make up for forgetting someone’s birthday by just giving them a $10 iTunes gift to spend on music and apps.