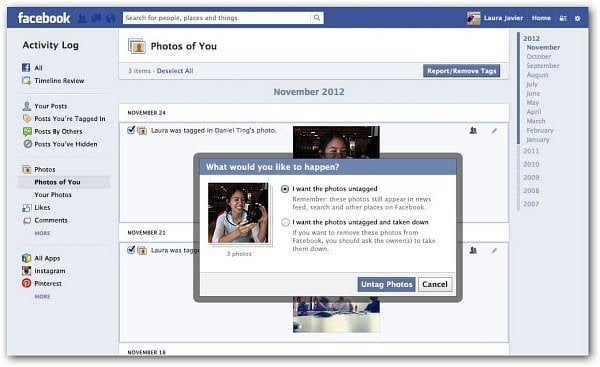 The changes Facebook is planning are set to roll out at the end of this year, so don’t do what I did and start searching for them now.

The most notable is it’s adding a privacy settings button on the main page, next to the home button, on the top right side. It will allow you to tweak who can see your posts and contact you without having to go to another page.

Also, the “Who can look my up my timeline by name” setting is going away. Facebook doesn’t think you need it anymore. It was getting in the way of keeping Facebook “friends-only”, but the company says that people will find you anyway in several other ways (big surprise there).

What doesn’t seem too much of a good idea is that, when you install an app, you’ll get the permission prompts separately, in successive requests. This might annoy some users when rolled out, but remains to be seen.

Then, there will be contextual notifications all over the site, showing you what you’re sharing and with whom. For example, if a post is hidden on your timeline, these notifications will tell you that the post is still visible on the timeline.

The Activity Log, that allows you to delete searches made on the site, is also getting a new navigation system. It also makes it easier to remove multiple photo tags, as well as to ask friends to remove photos you don’t want. Why Facebook thinks you need a special feature to ask your friends to remove that photo or else is a mystery to me.