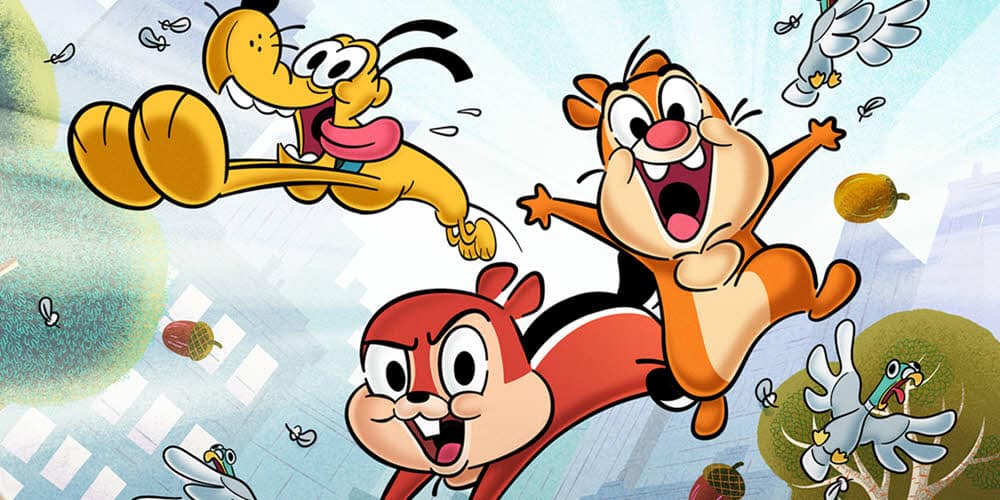 Disney is announcing the release of a new original series, Chip ‘N’ Dale: Park Life to stream exclusively on Disney Plus. The new series will premiere on July 28th on the streaming network.

The company dropped the opening title sequence today online. It looks like it’ll be a fun show for the whole family. You can check out the video below.

Here is what Disney Plus is describing the new animated series:

Today, Disney+ revealed the opening title sequence and key art for the original series “Chip ‘n’ Dale: Park Life,” now premiering Wednesday, July 28. Comprised of three seven-minute stories, each episode follows two tiny troublemakers, Chip and Dale, trying to live the good life in a big city park while having giant-sized, sky-high adventures. Nervous worrier Chip and laid-back dreamer Dale make the perfect odd couple: they’re best buddies and they drive each other nuts. In their perpetual pursuit of acorns, these ultimate underdogs are joined by Pluto, Butch and other iconic Disney characters as they face down bullies great and small.

To catch this new animated series and everything available on Disney Plus you’ll need to subscribe. And it’s never too late to get a subscription to the streaming service. Head to Disney Plus and grab a monthly or yearly subscription. It costs $7.99 per month or $79.99 for a full year. You can also get the Disney Plus + Hulu + ESPN bundle. There are two pricing tiers for the bundle. There’s the Hulu (Ad-supported) at $13.99/month. And the Disney Bundle with Hulu (No Ads) for $19.99/month. If you have questions or not sure what to get, check out the Disney Bundle FAQ.