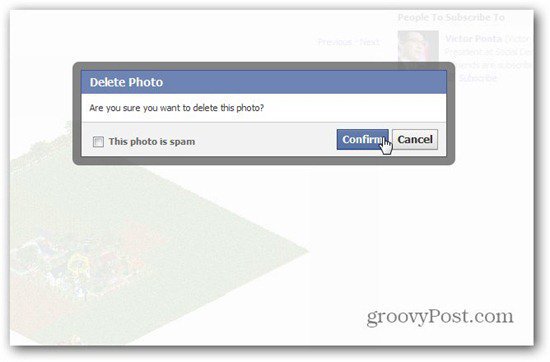 If you’re a Facebook user, this is one (more) reason to watch what you’re posting on the social network. It seems that deleted pictures sometimes tend to remain on the content delivery networks for up to three years, and, even worse, can be easily seen if someone still has the link to the JPG file in question. But Facebook says it’s working on it.

You get drunk one night, post something you shouldn’t on Facebook, then delete it next morning. End of story? Well, no it isn’t.

Here’s the story, simply put. Ars Technica has investigated the problem three years ago, realizing that a photo that’s been deleted from Facebook still lurks around and can be easily seen, as long as the direct link to the jpg file is used to access it. Still, Facebook has assured the author that it’s working on it, and that things were going to improve.

What’s even more frightening is that they’ve kept on following up on this, and things didn’t seem to change too much over the years. Facebook has grown, but things haven’t changed much, even if users kept telling the author horror stories related to the issue. What’s funny is that his own pictures were getting deleted (unlike other users’ that kept writing…)

Anyway, after the author of the story wrote to Facebook again, he got an answer from Facebook spokesperson Frederic Wolens, saying that (what else?) the company’s working on a new system, as the old one was responsible for the problem. The new system would make sure photos would be dead and buried “within 45 days”, and the system would be operational in a month or two.

Well, until Facebook implements the new system, try not to post anything you’re not sure about. In fact, try not to do that at all if you think you’ll be embarrassed by it in the next 45 days.

Just out of curiosity, I’ve tried deleting a picture from my account, but I kept the jpg link. Then, I tried accessing the link in a different browser (and I wasn’t logged in to Facebook). I’m glad to say my picture isn’t lost…

Well, until Facebook is working on it, here are some interesting facts on Facebook’s IPO filing.