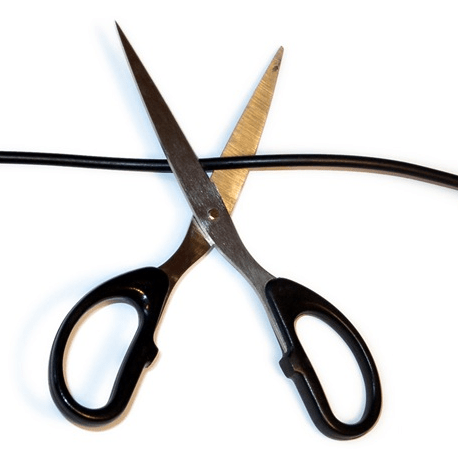 Have you cut the cord yet? If you’re one of the millions who are fed up with paying to watch television filled 1/3 with commercials, you’re just in time for what could be the beginning of the end of cable TV subscriptions. 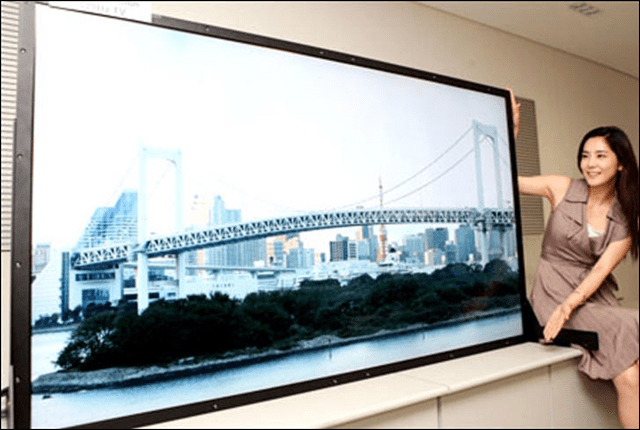 With companies like Samsung releasing television sets such as this massive 4K one in the picture above, you wouldn’t think that cable television was in a downward spiral. The truth is, the cable television industry is still large and in-charge, but more people are cutting the cord than ever before. Month after month, cable companies are losing subscribers. Where are they all going?

According to a report from SNL Kagan, the U.S. market lost close to 1.8 million cable TV subscribers in the last 3 months alone (Q2). This doesn’t denote significant change yet, but it does bring us closer to an upcoming tipping point where cable television subscriptions (and their 33% commercials) are a thing of the past. In the same report we can see a more significant change in internet service subscriptions nearly doubling from 9.7% to 17% while cable TV took a 7.4% dive from 2009 to 2012. 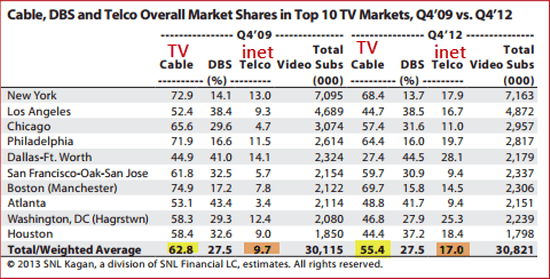 Another analyst and possibly one of the most renowned in the country, Craig Moffet (founder of the MoffetNathanson) looked at statistics from the past 12 months and concluded over 900,000 homes in the U.S. cut the cable. He is quoted stating “Cord-cutting used to be an urban myth, it isn’t anymore.” But one could easily rephrase that to say, cord-cutting used to be for the technologically adept, but it is becoming more mainstream.

“This marks the first time there
has been a net industry-wide subscriber
loss over a four-quarter period (since
LRG began tracking the industry over a
decade ago).”

Compared to just last year, this is a huge increase in the number of subscribers lost. The Leichtman Research Group reported that in 2012 only 325,000 subcribers cut the cord.

So let’s think about it again? Where do all of the cable TV subscribers go? There isn’t a definitive answer by the analysts quite yet. But my bet, which goes along with LRG’s findings, is that people are turning to other sources for entertainment. Nearly half the population has an iPad or Android tablet with Netflix, Amazon Prime Streaming, or Hulu available. Even YouTube has movies now. Others have television media streaming devices like the Roku or Apple TV. The decrease we’re seeing in cable television subscriptions may just be the result of increased alternatives that are easy to set up and use.

Keep in mind that cable TV is still a long ways from phasing out. In the U.S. alone there are over 94 million subscribers still paying for service, and that is a big chunk of money pie at the average price of $34 per month.