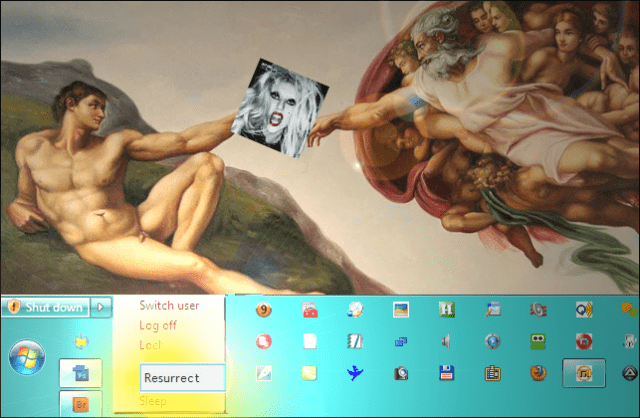 Many of the people who use P2P services to download music, movies, and software have long proselytized that it is their god-given right. The Church of Kopimism–not a joke–has in fact preached that file sharing is more than a religious right; it is a religious duty.

Now the Swedish government agrees with the church. Or, more accurately, the government has said the Kopimi have a right to that belief and has recognized the church as an official religion. Recognition as a religion doesn’t automatically give P2P practitioners protection from prosecution, but it could be the start of a legal case.

“Being recognized by the state of Sweden is a large step for all of Kopimi,” said Isak Gerson, the founder of the church. “Hopefully this is one step towards the day when we can live out our faith without fear of persecution.”

The 19-year-old Gerson sermonizes that information is holy and copying a sacrament. The keyboard shortcuts for copy and paste–Ctrl+C and Ctrl+V–are religious symbols, he says.

It took Gerson three applications before the government bestowed official recognition on the church. Either Gerson is sincere in his beliefs or he knows a good joke when he tells one.

Music analyst Mark Mulligan, who appears to miss the joke, says the church is “divorced from reality” and compared it to the Jedi religion, which is officially recognized in some countries.

Personally, this is all fine with me so long as Kopimi don’t start knocking on my door or waylaying me in airports so they can hand out pamphlets. What do you think? Drop us a comment at groovyPost.