Just when you thought the US congress was done trying to legislate our Internet with bills like SOPA and PIPA, they’re at it again. This time it’s Cyber Intelligence Sharing and Protection Act (CISPA). Will they not stop this madness until they have complete government control over the Internet?

You might have noticed the internet blackout day back on January 18 when over 7,000 sites went dark in protest of the proposed SOPA (Stop Online Piracy Act). Recently another form of legislation has emerged, that while similarly controversial, is different than SOPA in several ways. This one is called CISPA.

If you haven’t heard of CISPA (Cyber Intelligence Sharing and Protection Act), it’s a bill that is designed to allow private companies to lawfully share data with the U.S. governments much easier. The bill passed congress but was threatened with a veto from the Obama administration and didn’t garnish much support in the Senate. As a result, the senate has created bill s.2105 titled the Cyber Security Act (CSA).

What does this mean? The terms in the merged bill are too ambiguous to be absolutely sure how it will be interpreted. But many, like Sen. Ron Wyden believe that “these bills will encourage the development of a cyber security industry that profits from fear and whose currency is Americans private data.” According to the ACLU (who wrote an easy-to-understand outline concerning how the bill affects privacy), says this bill “creates an exception to every privacy law on the books so that companies that hold our sensitive personal information can share it with the government, including possibly the military.”

As a reaction to the new bill several consumer awareness groups as well as a good portion of the Reddit and Facebook community have joined together in creating a website called Privacy is Awesome. This site features a step-by-step guide on how to proactively oppose the CSA bill by contacting state senators currently listed as being in favor of it. According to Privacy is Awesome, the vote is expected to go through the senate sometime in early June.

In additional response to bills like SOPA, CISPA, and CSA, some activists of such bills have partnered together to create a new site that will act as a 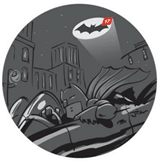 “Bat-Signal for the Internet.” Reddit founder Alexis Ohanian, as well as advocacy group, Fight for the Future, and Cloudflare are among founders of their proposed “Internet Defense League.”

This new organization aims to bring together various websites and individuals all over the world in an effort to defend against bad internet laws and monopolies. When such a law or danger comes into vision, “the League will ask its members to broadcast an action.  (Say, a prominent message asking everyone to call their elected leaders.)”