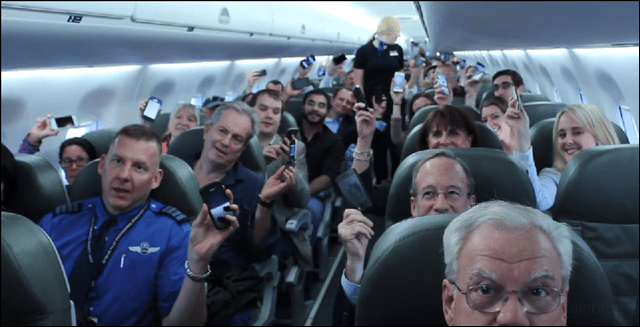 There is no more need to hide your personal devices during takeoff! the FAA has already approved two major US airlines to allow personal electronic devices to be in use during the entire flight.

Well that was fast. On Thursday the FAA announced that it would allow personal devices to be turned on during all phases of flight from takeoff to landing. This came with the clause that airlines would have to have their planes inspected for possible frequency interference and if passed would then be able to allow passengers to use their devices from gate to gate.

Delta was the first to pass testing and began allowing devices the same day the announcement passed.

JetBlue quickly followed on November 2nd, even posting a video of the first flight with cell phones and tablets in-hand.

According to Bloomberg, American Airlines and all others are soon to follow. With these new rules in place I can’t imagine any airline waiting too long and risking customer favor to the personal electronic device (PED) friendly competition.