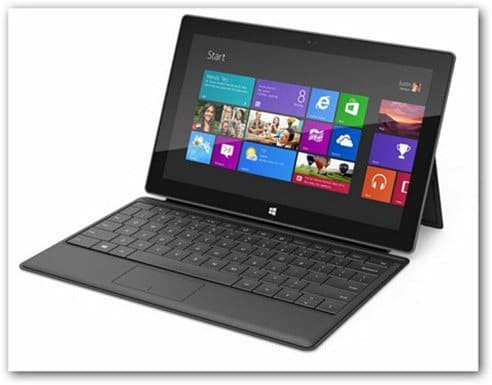 If you’re looking to get a first generation Microsoft Surface RT 32GB on the cheap, Best Buy is selling it for $199 as part of its Black Friday deals.

It’s that time of year again where online and brick and mortar stores are getting ready for “Black Friday”. And every year it seems we seem to get the details of the special offers earlier every year. Best Buy is already allowing you to preview its deals on electronics, and one to note is the 32GB Surface RT for a near “fire sale” price of $199.99 – the Type or Touch keyboard cover is sold separately. 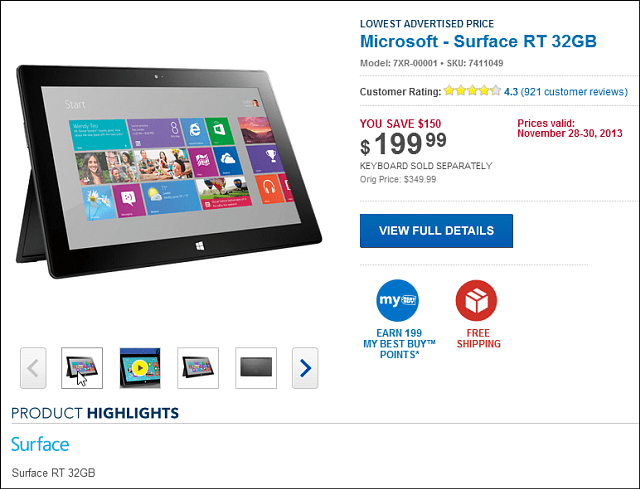 The cheapest I’ve seen the Surface RT at is $99 for the 64GB model. However, that was not for the general public and only available to TechEd attendees earlier this year. And to attend that conference you or your company is spending around $2,000 or more.

Anyway, if you’ve been on the fence about getting a Surface tablet, this is your chance to get one on the cheap. I own the 32GB Surface RT and since upgrading it to Windows 8.1 I find it a much better experience. Plus, the app ecosystem has matured over the past year which is always a good thing.

Also remember that with the RT model you get Office 2013 Home and Student edition for free – already installed – which now includes Outlook as well as Word, Excel, PowerPoint and OneNote.

Do note that this is the original first generation Surface RT and not the new (rebranded) Surface 2. While the RT version of Windows has a desktop, you can’t install desktop programs. The only thing that does run on the desktop is Office 2013. For more, check out our article on the differences between Windows 8 versions and RT.

If you end up getting one during the deal, make sure to check out all of our Surface and Windows RT articles to help get you going. Also be sure to read our continuing coverage of Windows 8.1.