The new Asus VivoBook is a beautiful new Ultrabook with a touchscreen interface. Let’s review the details.

Windows 8 is here, and the first devices running the new operating system from Microsoft have arrived including the new ASUS VivoBook Ultrabooks. 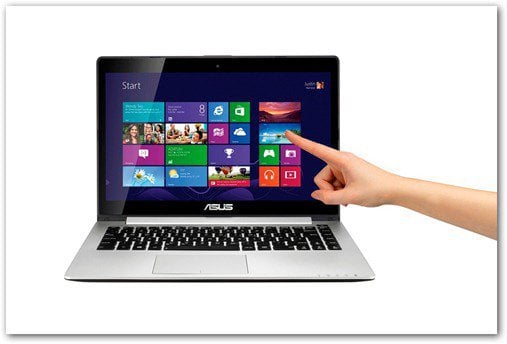 The new Asus devices announced appear to be the ideal Windows 8 scenario — Ultrabook or Macbook Air like notebook with a full keyboard, serious horse-power and a touchscreen which allows you fully leverage the new Windows 8 interface.

There’s also the VivoTab RT, which is running the Windows 8 RT Edition however personally, I’m just not ready to lose my keyboard yet and if I was, I would probably just go with the Microsoft’s Surface and grab the keyboard/case combo just in case.

So far, this is best Ultrabook I’ve seen yet for Windows 8. Lenovo is also working on a similar device (X1 Carbon with a touchscreen) however until then, Asus has done a nice job right out of the Window 8 gates!