While the majority of attention is being placed on Apple’s new iPhone and iOS 8 this week, but Apple TV 3rd-gen also received some significant updates.

Apple has had a couple of big weeks. First it had the keynote last week where it unveiled the new iPhone and its new Apple Watch. While the majority of attention is being placed on the new iPhone and iOS 8 this week, Apple TV also received some significant updates.

The Apple TV update includes tweaks to the channel interface design and the addition of a Beats Music app. It also includes functionality updates that make it compatible with iOS 8 and OS X Yosemite features like iCloud Photo and Family Sharing. This update—software version 7.0 – only works with the Apple TV (3rd Generation).

If you don’t have your Apple TV set to receive automatic updates, to get the new one, head to Settings > General > Software Updates > Update Software, then download and install. 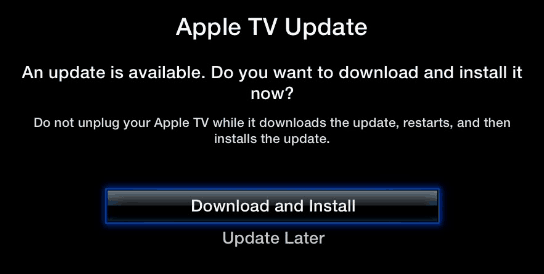 Your box will restart a time or two and when the update is complete, you’ll notice the newly designed interface as shown in the screenshot below.

The design looks more like iOS 8 with thin text and flat icons, and a thinner white line replaces the blue outline around icons you select. Also gone is subtle reflection underneath the icons. 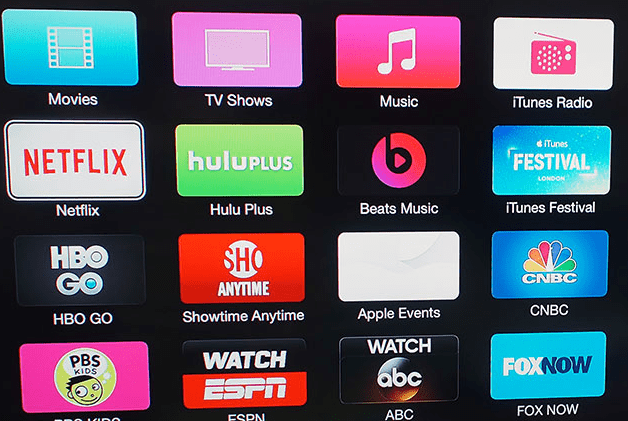 Apple purchased Beats Music for 3 Billion back in May of this year. Beats is a subscription music service that costs $9.99/month to use on up to three different devices.

Now you have several ways to get your music fix from your Apple TV: iTunes Radio, the Music app which leads to iTunes, and the Radio app. Of course there is also the ability to Airplay any music from your Apple devices and Mac and you can set up Home Sharing.

If you want other music services like Rdio, Pandora, or Spotify, you better look at getting a Roku or Amazon Fire TV instead.

Or, if you have an 2nd generation Apple TV, you’ll have a plethora of music and video choices since you can jailbreak it.