At today’s Apple event Tim cook announced that the Apple TV is dropping from $99 to $69, which is a $30 savings. Also announced is a standalone HBO Now app for April.

The Apple Watch and new MacBook weren’t the only things announced at its “Spring Forward” event. Tim Cook also announced that Apple TV is dropping from $99 to $69, which is a $30 savings.

And to coincide with that announcement, HBO, in partnership with Apple, announced a standalone streaming app called HBO Now that will be available to Apple customers starting in April – which will be before the premiere of season 5 of Game of Thrones. 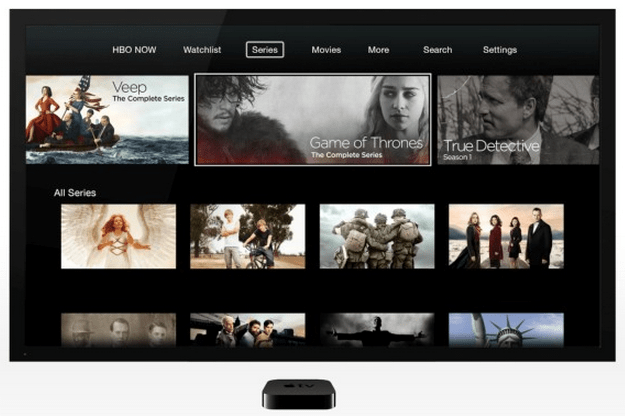 HBO Now will premier on Apple TV, iPad, and iPhone in April and cost $14.99/month. That means you will get instant access to every episode of every season of all HBO original programs, sports, documentaries, etc. If you’re not sure the $15 monthly fee is worth it, a free 30 day trial period is being offered.

For now, it is for the U.S. only and a high-speed broadband connection is required. For mobile users, a minimum of a 3G connection will be required.

Do keep in mind, though, Apple hasn’t updated its set-top box since 2012. But with the announcement of a standalone HBO app being available, it gives the three-year-old set-top box a fresh feel.

If you still have an Apple TV second generation model and want to freshen it up, check out our article on how to jailbreak Apple TV. That will give you tons of options including the ability to add XBMC and a lot more.

To find out all of the announcements from Apple today, including the Apple Watch and new MacBook, you can watch the full Apple event here.

What’s your take? Are you excited that we’ll finally be able to get HBO online without the need for an expensive cable subscription? Does this put your idea of cutting the cord over the top?

Leave a comment below and let us know your thoughts.