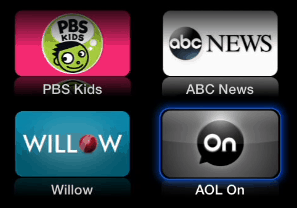 Apple TV owners will see more channels when they fire up the set-top box tonight. The new channels include ABC News, AOL, PBS Kids, and a redesigned Flickr.

Apple TV owners will see a few more channels when they fire up their set-top box tonight. The new channels include ABC News, AOL, PBS Kids, and a redesigned Flickr.

With the addition of the AOL and ABC news channels, you’ll have even more video content for free, but it is  ad-supported. Both channels will provide original programs, some live and on-demand news feeds, and live hourly updates.

The ABC News channel will offer highlight of ACB New shows like Good Morning America, and Nightline too. But don’t confuse this with WatchABC which was added several months ago – for that you will need a cable subscription. But that is not the case with ABC News. 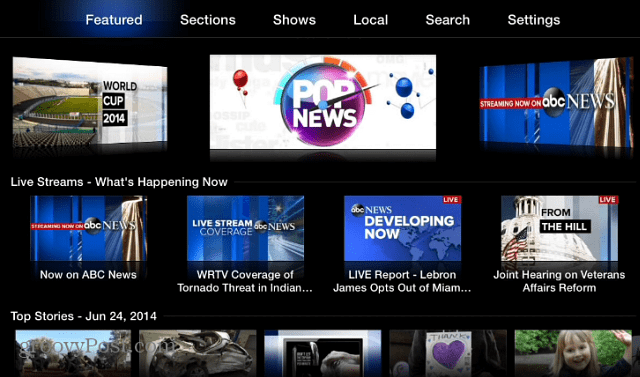 You won’t need to worry about updating your Apple TV to receive the new channels, just power it on and you should see them in the lineup. 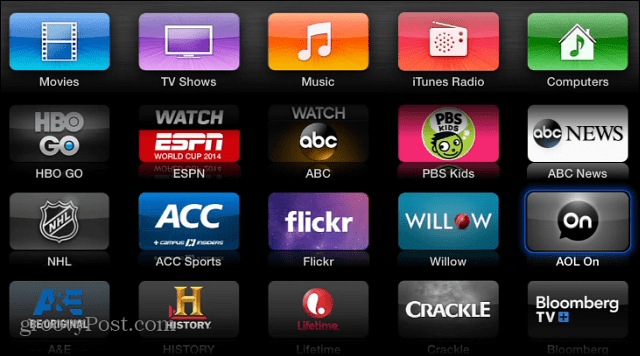 While Apple continues to add a select few channels, it’s by no means compares to the amount of channels available on Roku which is more than 1,300 – not counting hidden ones.

Also, if you don’t care to use any of the new channels, you can hide the useless ones by going to Settings > Main menu and toggle them to show or hide. 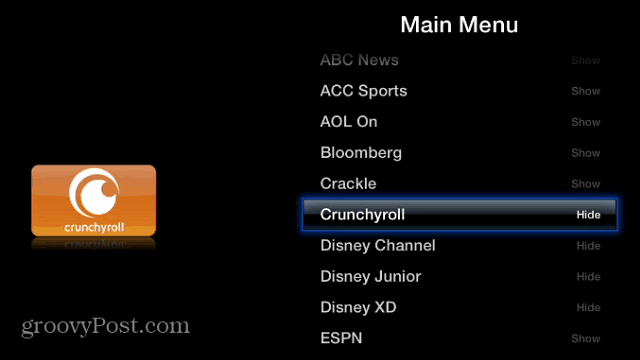 The AOL On channel brings a ton of videos to your Apple TV from all types of entertainment genre’s i.e., sports, tech, world news, and even AOL Originals — which contain a fair amount of “reality” based content.

The PBS Kids channel also doesn’t require that you be a cable subscriber to work, and, as you would expect, contains learning programs aimed at small children. Will TV is like MLB TV but the the sport of Cricket – not sure how popular that will be in the U.S.?

After trying these new channels out over the next few days, make sure to leave a comment and let us know what you think.