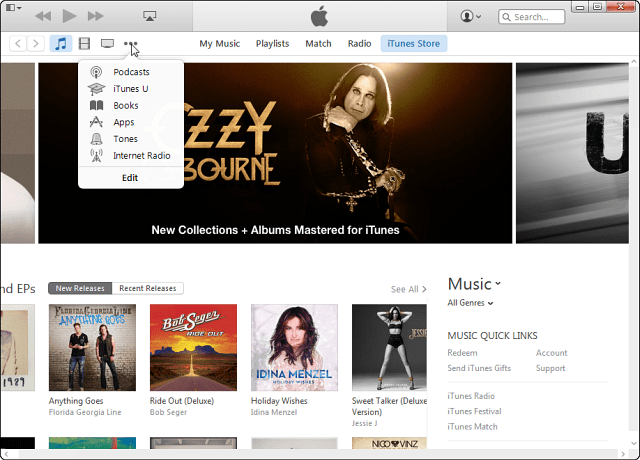 Apple had its special October event on Thursday that announced new iPads, a new Mac Mini, iMac, OS X Yosemite, and more. It also covered some info about the iOS 8.1 update which will see new features and bug fixes. That will be available for everyone to download on Monday.

So if you’re a PC owner and looking to get something new from Apple you can, as the company released iTunes 12.0.1 on Thursday.

While iTunes won our Worst Software of 2012 Award for Windows, it’s still moving forward. New features have been added including improved playlist editing, Family Sharing, design improvements and more. Below is a list of all of the features included in the update.

This update includes many design and performance improvements that make iTunes easier and more enjoyable to use.

· Family Sharing. You can now share your purchases from iTunes, iBooks, and the App Store with up to six people in your family — without sharing accounts or passwords. To start sharing, setup your iCloud Family by choosing iCloud in System Preferences on OS X Yosemite or Settings on iOS 8.

· Faster access to all of your favorite media. iTunes now includes dedicated icons for music, movies, or TV shows, which make it easier to get to wherever you want to go in your library with a single click.

· Seamless browsing between Store and library. The iTunes Store is now a part of the music, movies, or TV shows views of your library — making it simple to jump between your personal collection and what’s new for each category in the Store.

· Recently Added. iTunes puts recently added albums, movies, or TV shows at the top of your library — making it effortless to find something new to play.

· Improved playlist editing. You can now see your full music library and playlists side-by-side, making it easy to browse your music and drag your favorite songs into any playlist.

· Improved Get Info. The all-new Get Info has been completely redesigned to focus your attention only on what’s necessary for the selected item.

The download is a beast (as usual) weighing in at nearly 121 MB for the Windows 8 64-bit version and a restart is required to finish installation.

The one improvement from the list above that caught my eye was performance improvements. Well, on OS X probably…Windows…it’s a bit snappier but not lightning quick either. 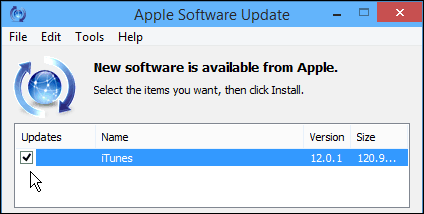 From preliminary testing, I am finding that it runs fastest on the Windows 7 system since it’s a clean install and that makes sense. It seems to run a a bit snappier on the computers I upgraded too, but it isn’t a blazing fast.

While it does seem to run better on my test systems, iTunes is a pig of a program on Windows and runs super slow on PCs even with high specs. So if you’re invested in iTunes, but hate it, there are ways to make it run much faster. Check out our article: Make iTunes for Windows Launch and Run Faster and apply the same tips to iTunes 12 and you will be much happier.

We’re interested in your experience with iTunes 12 on Windows and from OS X users. What do you think of the new version? Is it any faster on your system? Or if you really don’t care at all and wouldn’t think of using iTunes, let us know that too!

Editor Note 11/6/2014: There’s definitely a lot of negativity when it comes to the comments about iTunes 12 — which is fine, it did win our Worst Software of the Year award in 2012.

But my questions go out to all of you: Are you still using iTunes despite your frustration for it? Or are you using an alternative program like Foobar2000 (my personal favorite), VLC, or maybe Windows Media Player — yes it still exists in Windows 8.1 and even the Windows 10 Tech Preview.

Please add that into your comments, and we’ll monitor your responses, then we can write some articles that will help guide you to make the transition and ditching iTunes for good.