Apple today released a new update, iOS 9.2 for its iPhone and iPad devices. It also released updates for OS X, Apple Watch, and Apple TV. Let’s review the updates and make the call to install it or skip it!

Apple released the second major update to its mobile operating system iOS 9 which was launched in September 2015. Apple began testing iOS 9.2 in October, and the final update is available now for download. To get the new update to your iPhone or iPad, head to Settings > General > Software Update. The question is however, is it a good idea to install this update and possibly introduce more issues/bugs/slowdown or?

Before I answer that question, let’s take a look at what’s included in the update!

Today’s release includes a long laundry list of improvements and fixes. The Safari browser features a major update to the view controller and its interaction with third party apps. Instead of being limited to Apples own extensions, third party apps can now be added. AT&T users can now accept calls on any device through the NumberSync Wi-Fi calling feature. 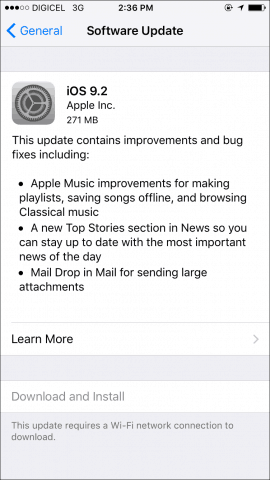 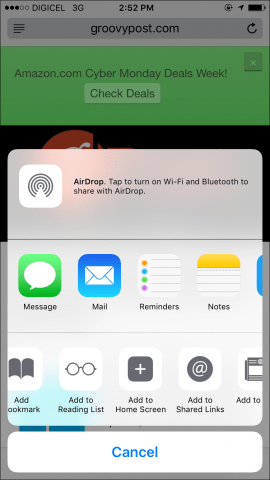 This update also contains the following improvements and bug fixes:

If you want to know how to get more out of using your Apple device with iOS 9, check out our article here. 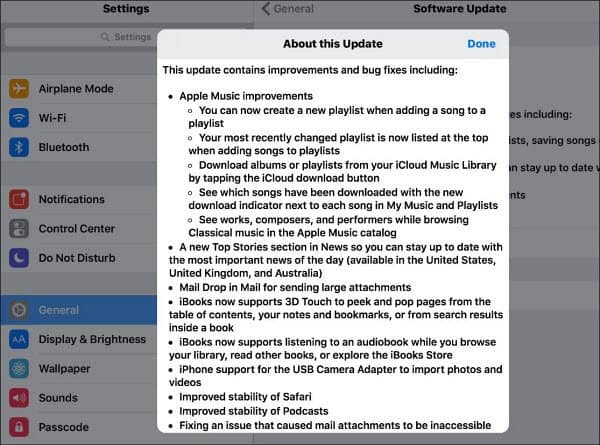 It’s also worth noting that Apple released updates for other platforms today including OS X, Apple Watch, and Apple TV. With today’s update to the new Apple TV, the Remote app finally works — which was a big complaint about Apple’s new set-top box. Our very own Steve Krause in fact has left his new Apple TV in the box until this feature was released…. (such as drama queen…).

Anyway — Back to our question of “Install it or Skip it?”, with all the new enhancements and bug fixes included in this update, my reccomendation is to definitely move forward with the install. As you can see from my screenshot above, the udpate is fairly small (under 300 megs) however, despite its size, be sure to connect your device to power before you start the update.