Apple today released iOS 8.0.2 which I supposed to fix issues caused in the highly criticized 8.0.1 update – which Apple eventually pulled.

Apple today released iOS 8.0.2 which I supposed to fix issues caused in the highly criticized 8.0.1 update – which Apple eventually pulled. 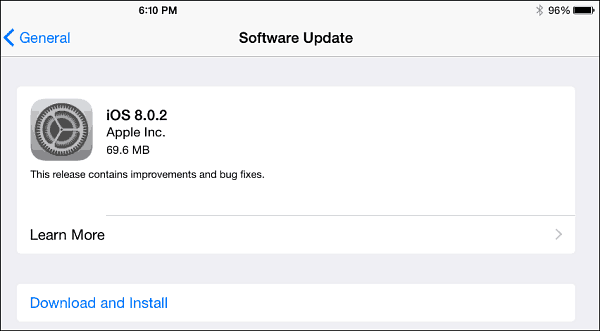 According to the update data the release contains improvements and bug fixes which include the following:

It will be interesting to see if Apple finally got this update right or not. We should be hearing more about it as users download and install it.

I haven’t installed it yet on my iPad Mini with Retina, I am going to hold out a bit and see what happens. If you install it on your iOS device, let us know how it goes and leave a comment below.

Now, if there were only an update the company could release to fix the bending phones issue…