Apple today is rolling out the latest update for iOS 13 in the form of iOS 13.1.2 which contains a number of fixes for issues including iCloud, Bluetooth, HomePod, and more.

Apple today is releasing another incremental update for iOS 13 as the company continues to polish the latest big upgrade. Today’s update comes after the company released two updates last week including iOS 13.1 followed by iOS 13.1.1. Apple’s iOS 13.1 update included features not initially included in the iOS 13 release. And the following incremental update, iOS 13.1.1, addressed a modest number of fixes for issues related to third-party keyboards, battery drain, and more.

Today’s release is also an incremental update with a limited number of fixes and overall system improvements. Namely, it addresses issues with iCloud backups, Bluetooth connectivity, the camera, and shortcuts between iPhone and HomePod. 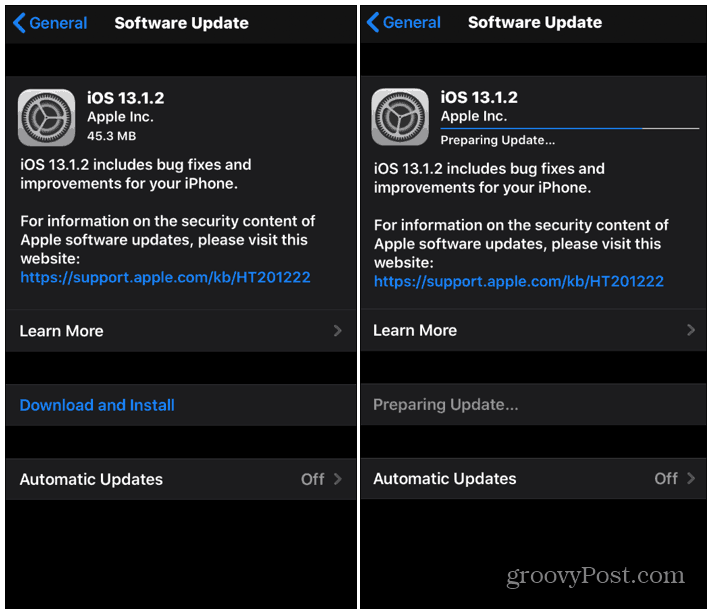 Here are the full release notes of what is fixed and addressed in this update for iPhone according to Apple:

iOS 13.1.2 includes bug fixes and improvements for your iPhone. This update:

It’s not uncommon for major OS releases to have bugs after release to the general public. And it might seem annoying to some users. But Apple has been quick to release new updates for its issues over the past couple of weeks.

For iPad users, you can also download the iPadOS 13.1.2 update for compatible iPads. But it only includes the fixes for iCloud Backup progress bar and shortcuts issue for HomePod.

Whether you’re using iPhone or iPad you can download and install today’s latest update on your mobile device by heading to Settings > General > Software Update.