Apple today is releasing its second update for iOS 13 that fixes some security issues and addresses OS performance. The update is available to download now for iPhone and iPad.

Apple today is releasing another update to its recently big iOS 13 upgrade. This comes just days after the release of iOS 13.1 which includes fixes and features not included in the initial iOS 13 release. This is the second update from Apple for iOS 13 this week.

Among a modest number of other fixes and improvements, it addresses a security issue for third-party keyboard apps. The bug could allow third-party keyboards to run entirely standalone and give “full access” and transfer data over the internet without your permission. The update also addresses a battery drain issue as well as problems with Siri requests on iPhone 11, 11 Pro, and 11 Pro Max. 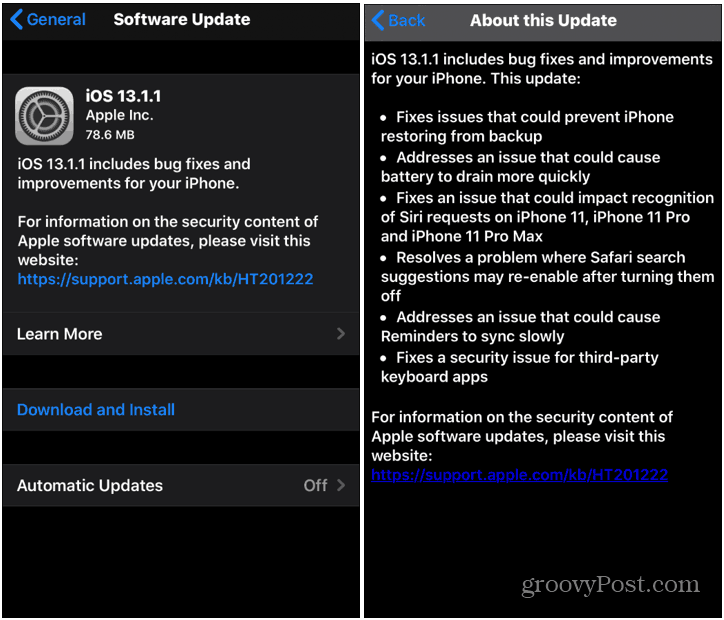 iOS 13.1.1 includes bug fixes and improvements for your iPhone. This update:

Just like with any major OS release, it’s not uncommon for the company to releases patches and fixes as more problems are discovered after wider distribution. And according to many Apple users, there are still problems with the upgrade that Apple still needs to address on both iPhone and iPad. There will inevitably be more updates in the coming days, weeks, and months.

For iPad users, you can also download the iPadOS 13.1.1 update for compatible iPads. Whether you’re using iPhone or iPad you can get the update by heading to Settings > General > Software Update.