Apple is quietly giving the iTunes social music service Ping the axe. Users have until the end of this month to pack up and ship out before the service goes offline for good.

Apple’s music social network that nobody used or really cared about, Ping, is officially dead as of September 30, 2012. Apple first sent notice of this decision on Wednesday following the iPhone 5 announcement. Current users saw an alert regarding the shutdown at the top of the ping recent activity page, and it has stopped new user registrations from its iTunes page. 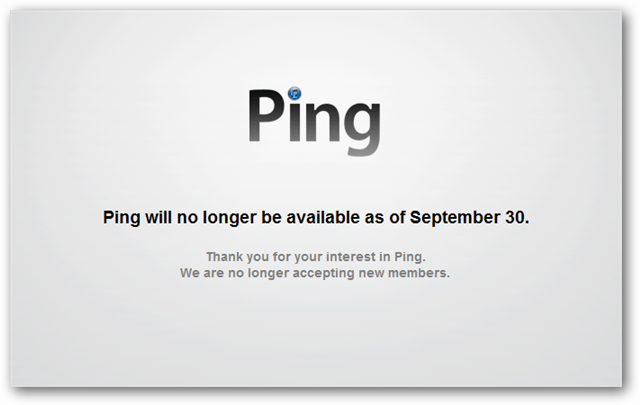 Although Ping launched with a lot of enthusiasm and excitement, few people today will be missing the service. Perhaps Apple will move its social endeavors elsewhere, or perhaps it will stick to making phones.