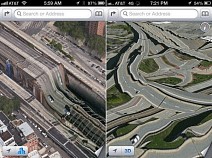 Apple isn’t getting any love for its Maps service. And according to a recent study, Apple Maps score the worst in accuracy compared to Google and Bing

One of the main reasons why Google Maps received over 10 million downloads within its first 48 hours of being available for iPhone is because of how awful the Apple Maps experience is. When it’s not giving users in Australia wrong directions and getting them lost in dangerous areas, it’s unable to find certain businesses or reporting them in incorrect locations. But just how bad is Apple Maps compared to Google Maps or Bing? 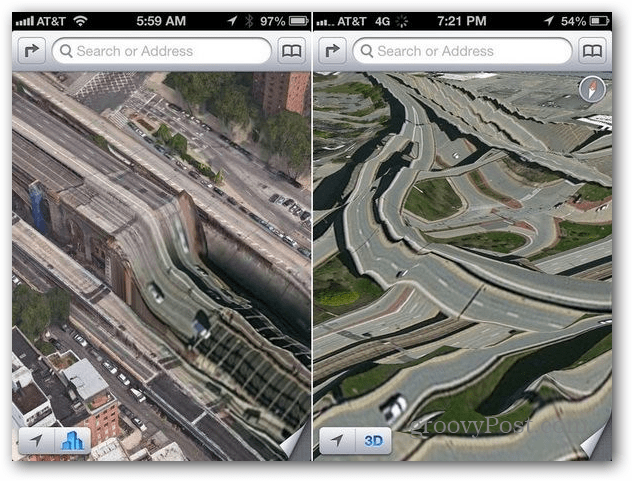 A study conducted by CrowdFlower found Apple Maps is three times more likely to get its users lost compared to Google Maps. The results of the study were found by picking 1,000 random business listings in the U.S. and 100 listings in the U.K. and comparing them across Apple Maps, Google Maps, and Bing’s results.

CrowdFlower first wanted to see if each service used in the study would find the location of the random businesses, and if found, if the directions would lead to the business. The results, which weren’t surprising, found Apple Maps to be the worst of the three direction-giving services as only 75% of the businesses were found. Microsoft’s Bing came in second, finding 80% of businesses and Google Maps lead the pack, finding 85% of businesses in the U.S. Apple Maps and Bing performed worse in finding businesses in the U.K. compared to Google Maps, which performed better there than it did finding U.S. businesses.

The second part of the study, which looks into the direction-giving of the three services, found Apple Maps again at the bottom of the bunch as CrowdFlower found its searches resulted in 3-4% inaccuracy, Bing came in second with 1.5% inaccuracy, and Google Maps hovering around 1% inaccuracy. The most telling results were direction-giving in the U.K. as Google Maps gave 3% inaccurate directions, Bing 4% and Apple Maps gave a whopping 30% of inaccurate directions, which makes the application pretty much unusable in that country.

This study gives a black eye to an already troubled maps service from Apple. Trouble for the company seemed to start with Apple Maps showing popular global landmarks distorted or simply missing. Then Apple released the head of iOS Scott Forstall from his duties. Followed up by police in Australia issuing a warning to not use Apple Maps. In fact, Apple CEO Tim Cook posted a letter to customers advising them to use Bing, Google and Nokia Maps instead. What’s next?

What’s your experience with Apple Maps? Have you run into problems or gotten lost using them? Were you one of the 10 million who switched to Google immediately? Leave a comment and let us know.