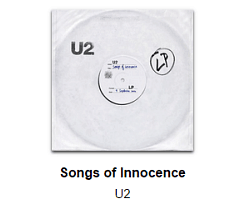 Apple finally backtracked and is allowing you to remove the U2 album that you never even asked for from your cloud based iTunes account. Here’s how.

During Apple’s iPhone/Apple Watch event last week, the band U2 took the stage and together with Tim Cook announced that the band’s new album “Songs of Innocence” is available to iTunes users for free for one month.

Immediately after that announcement, Apple launched the U2 album and it was put into everyone’s cloud-based iTunes account, whether you asked for it or not. Even if you didn’t download it, the album showed up in your Purchased music list. That means the album shows up on all of your iOS devices and in iTunes for Mac and PC.

Today Apple launched a webpage that allows you to remove the album you didn’t want in the first place.

Remove U2 Album from iTunes

Head to this SOI Removal Page and click the button to confirm you want to remove the album. 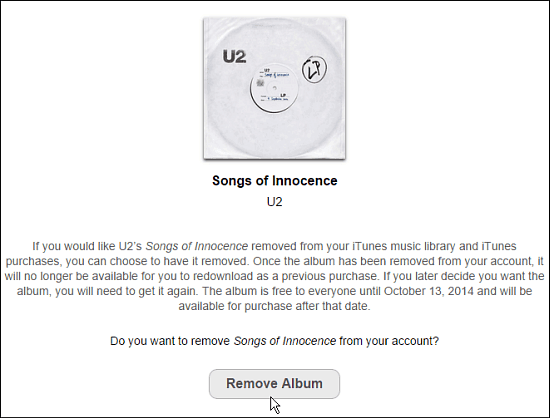 Next log in with your Apple ID and Password and after a few seconds you’ll see the message the album has been removed from your account.

Previously there were manual and laborious steps you had to take to remove the album – but even having to do this much work is annoying enough. But at least this is easier than the alternatives.

Why Apple took this long to fix the issue or even pushed the album out whether you wanted it or not, is anyone’s guess.

For more information on the “gift album” as Apple calls it, check out this support page.