On the heels of last week’s major iOS 10.3 update, Apple has just released a minor point update, 10.3.1 yesterday. Let’s review what’s included as well as my recommendation if you should upgrade your device.

On the heels of last week’s major iOS 10.3 update, Apple has just released a minor point update, 10.3.1 yesterday. No real shocker here, 10.3 was a massive update which included features like a new file system called APFS, which improves the performance, reliability, and the security of Apple devices. If I were to guess, we should expect a few minor updates like this one now that 10.3 is in the wild and getting a lot of testing from users. 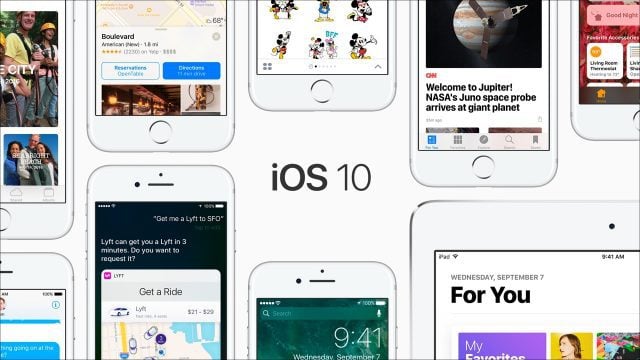 The update is quite small, coming in at just 28 Mbs. Users can update over Wi-Fi or from within the iTunes software. For such a small update, though, I wish Apple would at least let me download it on my mobile data. Release notes for iOS 10.3.1 are very minimal but one thing caught my attention: a fix for a known vulnerability found in the Wi-Fi chip, which could potentially allow an attacker to execute malicious code. Here is a list of additional security fixes:

Impact: An attacker within range may be able to execute arbitrary code on the Wi-Fi chip 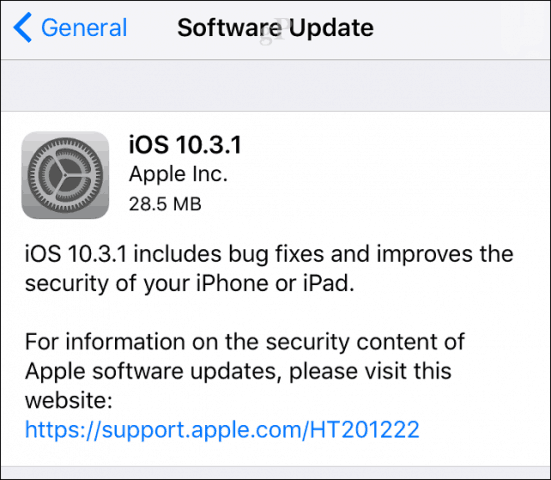 The update only applies to Apple devices such as the iPhone 5 or later; iPad 4 or later and the iPod Touch 6 later. If you haven’t upgraded to iOS 10.3 yet, make sure you follow our guide about how to backup your device before doing so.

I’m always in favor of updates that focus on bug fixes and closing security exploits, therefore, it should bring stability to your device vs. add more issues. With this in mind, I highly suggest you update your device if you’re already on 10.3.

Let us know how the new update is working for you in the comments. I am interested in knowing how the latest version is handling older devices such as the iPhone 5 and iPad 4.