Apple added a new “Free on iTunes” Section for iOS and the desktop offers free music singles as well as HD episodes of TV shows. Here’s a look.

When Apple released that U2 album last year on everyone’s device, whether you wanted it not, people weren’t too impressed. And the outrage of fans led to finding way to remove that album you never asked to for from your iTunes account.

However, the company recently added the “Free on iTunes” iTunes Section iOS and the desktop versions of iTunes. This new section offers free music singles as well as HD episodes of TV shows.

This new curated section, won’t just force content on you, but rather let you choose what you want yourself. It only contains a handful of songs (16 at the time of this writing), but provides more than the “Free Single of the Week” section it previously offered.

Of course you can preview the songs which  will help you discover new music to download without paying a cent. Of course you’re not going to find well-known and popular artists, but instead it’s offering singles from up-and-coming artists in various music genres. 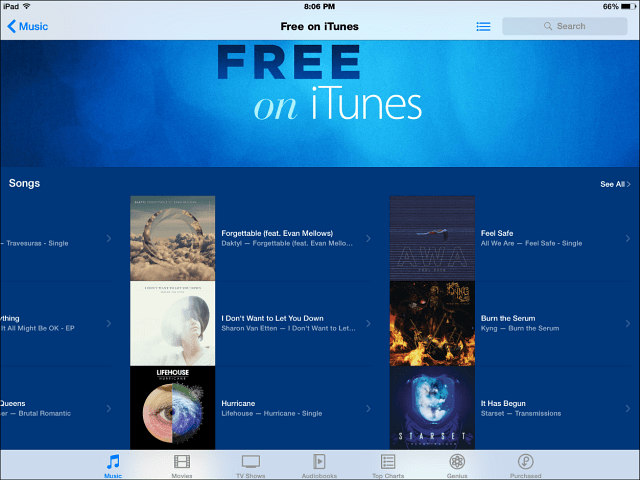 It’s offering full length TV show in HD for free, too. When I looked at it today, a couple of notable shows are the first episode of the new Syfy series 12 Monkeys, and the pilot of Fox’s new series Backstrom.  It also offers other TV show episodes, and at the time of this writing it contained 27 different shows.

Still, free is free and if you find something you like, you can just grab it and check it out on your iOS device, Mac, or PC. 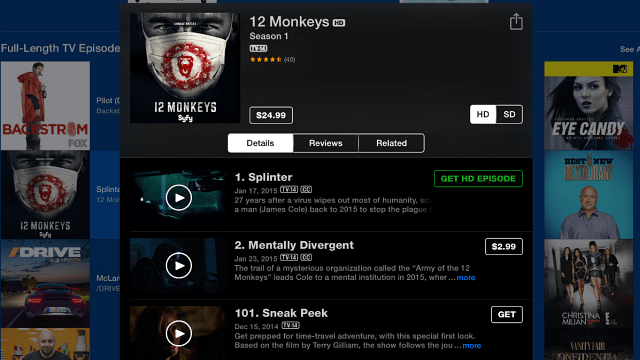 It’s worth noting that this section is currently U.S. only. Maybe if it does well, more countries will be added, but that remains to be seen.

While I am certainly not an iTunes user on the desktop, now I have more of a reason to use it on my iPad Mini, only if it’s to get a bit of free content.

What’s your take on this new section in iTunes? Leave a comment below and share your thoughts.