Rovio, maker of the Angry Birds franchise, has teamed with the band Green Day for an episode of Angry Birds Friends. The partnership is to help promote the new Green Day album, and the game is fun too.

Rovio, maker of the Angry Birds franchise, has teamed with the band Green Day for an episode of Angry Birds Friends. It may sound strange, but it’s very true. 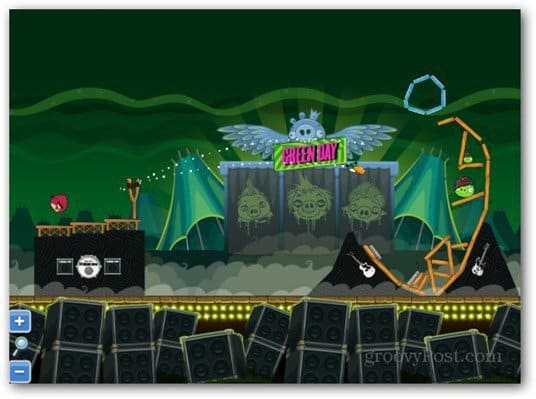 The game is already available to be played on Facebook, just like any other Angry Birds Friend episode.

What’s special about it, you ask? Well, all three members of Green Day make appearances as bad pig characters, and the game features two tracks by Green Day – “Oh Love”, the band’s latest single, as well as exclusive track “Troublemaker”.

The 10 new levels are also Green Day-themed and Rovio promises in the press release that the game will get additional levels and content in an update coming later this fall.

This is the first collaboration of its kind, but probably not the last. Whether you’re a Green Day fan or not, this sure is a groovy way to promote a new record — and the new levels in the game are quite fun.

Now, if only a popular band would support Two Factor Authentication and make it cool.