Amazon has always had a trade-in program, and recently it has been expanded to include…

Amazon has always had a trade-in program, and recently it has been expanded to include cell phones, cameras, laptops, tablets, and nearly any other gadget that might be of value. Previously only books and DVD’s were accepted. While you won’t ever get full retail value by selling a used gadget to Amazon, it does offer a solid alternative to eBay and Craigslist.

Amazon classifies trade-ins using three different categories: Like New, Good, and Acceptable. Each depends on the condition of the trade-in, and the value significantly decreases the worse the condition is. The biggest caveat is Amazon won’t give you cash, just gift cards for Amazon. But if you’re like me — an Amazon  frequent shopper with a Prime account, then you probably won’t mind. 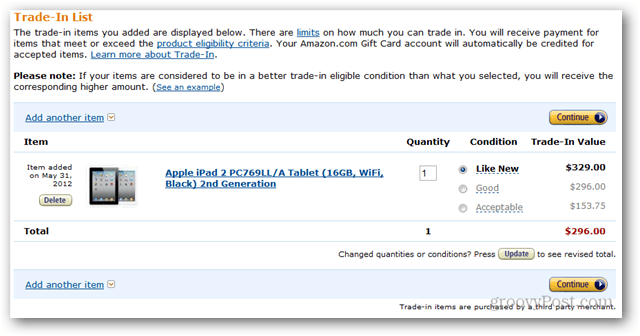 If you aren’t sure which condition matches your device, Amazon lists the specifics by hovering over each one. Just be sure that you list the correct condition because Amazon inspects every trade-in item and will withhold credit when they don’t match up. If it does match, you should receive online credit within 48 hours of the shipment arriving at Amazon trade-in headquarters. 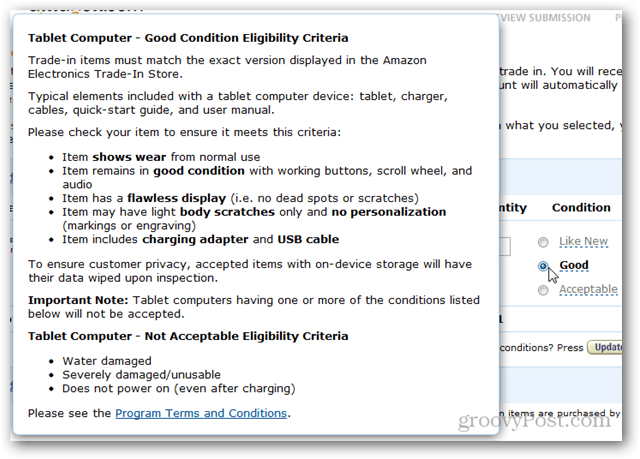 Do you have any electronics, books, dvds, or games lying around that you don’t want or use anymore? You can checkout Amazon’s trade-in program and see how much you can get for them. Although you still might be able to get a better price by selling your stuff on eBay or Craigslist, I’ve had very good luck with Amazon so far.