New York – What will Amazon announce tomorrow in NYC? We have a source or two inside Amazon, close to Amazon and access to Asian component maker reports. And common sense.

We’ll be covering tomorrow’s announcement with a team of eight dedicated groovyReview editors reporting via liveblog, podcast, video, commentary and pictures here all day and into the night. Check in before 7 a.m. Pacific Time Wednesday, September 28, and keep checking back. 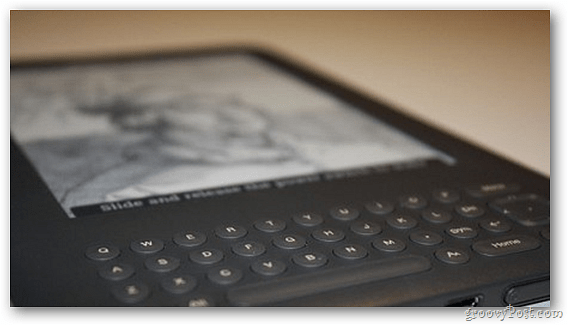 I  agree with Forrester analysts who say Amazon brings real competition to Apple and Barnes&Noble with its low price point. At an expected SRP of  $250 – just judging from the HP $99 TouchPad Fire Sale – it’ll get snapped off shelves.  Amazon has the infrastructure. The ability to offer  competitive pricing. Integrated services.  There’s Cloud Drive. And it probably has your credit card number.

1. Tomorrow Amazon will announce and show the new 7-inch tablet, sized like a Nook, which will be Android-based and running NVidia’s quad-core Tegra2 processor chipset. It’ll be followed by the quad-core, Tegra3 based tablet for movie streaming later this year and an even more powerful NVidia’s Kal-El-based tablet later this year or early next. Listen to the show to hear more about that surprise entry.

2. Amazon will lead with pricing. Expect a jaw-dropping $250 or less (if rentable) price point, putting it a couple hundred dollars under the iPad. Expect Amazon to announce the other two higher powered tablets coming later this year — at extra low prices too. Price is Amazon’s major weapon.

3. All the analysts and press, like the ones our reporters have been talking to at Forrester Research, will fawn. Bloggers will link bait. Google lovers will defend it against the Apple fans. They’ll blow it off as low-powered and irrelevant. Expect a lot of web flaming. We’ll stay on top of the news.

4. Amazon CEO Jeff Bezos will wear black. He’s got to go the Jobs route with this.  He’ll strut around on stage for sure.

5. Amazon will say it without using Apple’s name directly. It’s aiming its sights right at Apple. It’ll say it has the juice. Hundreds of millions of customers already buy books, music, video (via Prime or not) and countless other goods and services through Amazon.

6. The main claim: The combined Amazon’s store, Cloud Drive service, Prime service and its ecosystem for delivering books via 3G and its technology Whispersync — plus its Amazon Cloud services for music and video streaming — will match or add up more than what Apple offers. If the UX experience works, and Bezos will definitely show a UI that tightly integrates every Amazon service, the industry will go wild. And Walt Mossberg will love the thing if the UX gets a B minus or better. But watch out, Amazon. This will be Amazon’s Achilles Heel if it’s not careful.

7. I bet Amazon will announce deals to freely buy, download or even stream books, music and eventually movies over these devices via 3G and Whispernet. That’s exciting news. Watch for a tech explainer on Whispernet at groovyPost soon.

9. Reps from Google will show up to brag about how it powers the Amazon infrastructure. The two are a perfect match, really.

10. Execs will focus on price, performance, 3G (provided by Sprint?) and wireless connectivity.

11. The Coyote – or Kindle Fire, if that name is correct – will be a consumer-targeted device especially for the holiday season. Expect holiday shopping deals tying the tablet to holiday shopping to be announced.

12.  Amazon is pushing this as a shopping tablet – and will likely soon roll out a holiday shopping service on an ad-supported interface. The goal is to make it the device you shop from, just as Amazon is the site the majority of online shoppers head to. It’s the shopping tablet.

13. With the Coyote tablet presented as the shopping tablet/Kindle reader tomorrow, Bezos will likely tease the two tablets coming right after to be the so-called entertainment and business tablets.

14. Apple and other Amazon rivals will announce unexpected and unrelated products or services tomorrow, an hour before Amazon announces. Apple will certainly try to disarm Amazon of a lot of press coverage here, but if Bezos releases the right amount of information and there are great deals offered (ie, buy Prime membership long-term and get Coyote  (Amazon Kindle Fire 7 inch) for free), Apple won’t succeed with that tactic.

16. Every journalist and analyst at the event will get a free device. Fewer than 20 percent will have the journalistic ethics to return the devices to Amazon after they review them. We’ll make our reviewers return everything.

17. groovyPost accepts no gifts over $45 U.S. from tech vendors.

18. Bezos wil restate the company’s commitment to the Kindle and its customerbase. And he will add music and video delivery to the messaging, too. If he is smart, he’ll give a short demo of Hollywood, the planned live-streaming movie tablet due from Amazon in Q1 2012.

19. If he is smart, he’ll give a short demo of Hollywood, the planned live-streaming movie tablet due from Amazon in Q1 2012.

Will Amazon’s offering be a real threat to Apple iPad? That’s a question for tomorrow’s analysis, but analysts nationwide are saying Amazon has the best chance of any hardware company out there to challenge Apple for real.

Here’s Jeff Bezos on the Charlie Rose show talking about the current version of the Kindle.