Amazon is releasing a Show Mode software update and charging dock that will allow you to turn your Fire HD tablet into an Echo Show.

Amazon this week announced it’s releasing a “Show Mode” update for its current generation Fire HD 10 and HD 8 tablets. The company is also introducing a Show Mode Charging Dock that will work with both tablets. It includes a cover that magnetically adheres to the dock and plugs into the micro-USB charging port on the tablet. Then you place the tablet with the cover into the charging dock. With the software update and charging dock, you can turn your tablet into a slimmer version of the Echo Show device.

With Show Mode and Hands-Free Alexa, you’ll have full-screen visuals to compliment Alexa responses for things like weather, setting timers, movie showtimes, trending news, seeing recipes, and more. You can, of course, use it to make video and voice calls to other friends with other Echo and Alexa devices. While the dock makes it convenient to use hands-free as a Show, you can also just pick it up and bring it with you to use it as a tablet like you normally would. 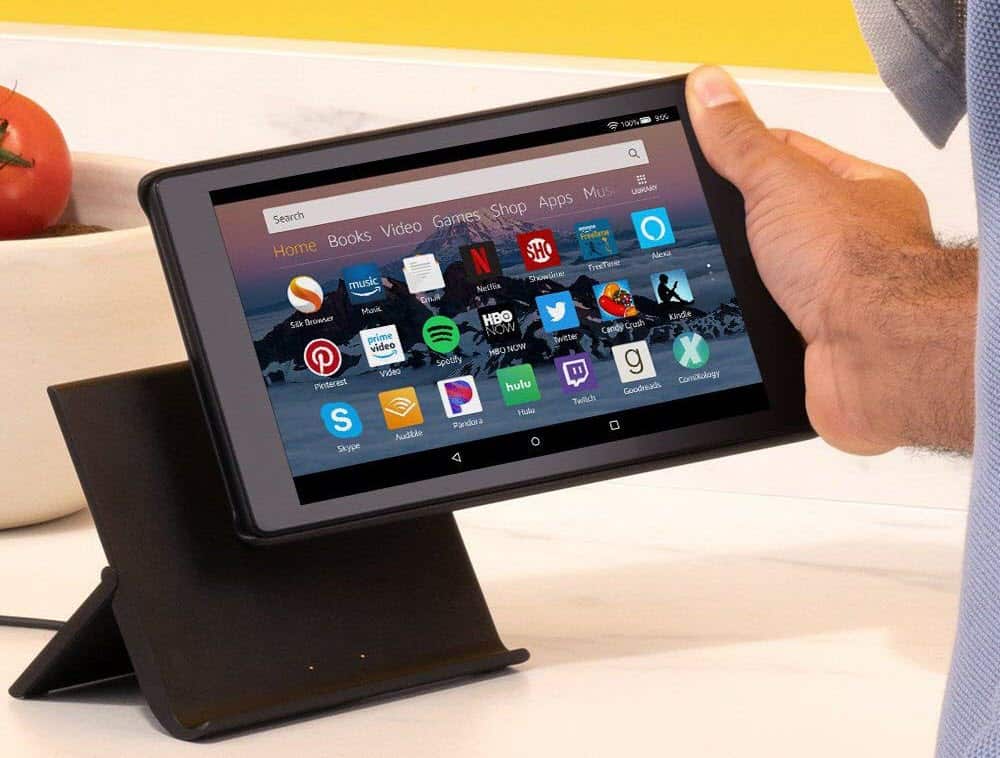 When we first covered using Hands-Free Alexa on Fire HD 10, we mentioned it could be used as “make-shift Echo Show” of sorts, but with the Show Mode software update and charging dock, it makes that option more practical. However, the main issue is the tablet doesn’t have the far field microphone technology that’s in its Echo devices. Getting Alexa to hear your from across the room will be a bit of a limitation. Still, with the big screen, it’s meant to be used when you’re near it anyway. And if you would like a richer sound, you could connect external speakers via Bluetooth. 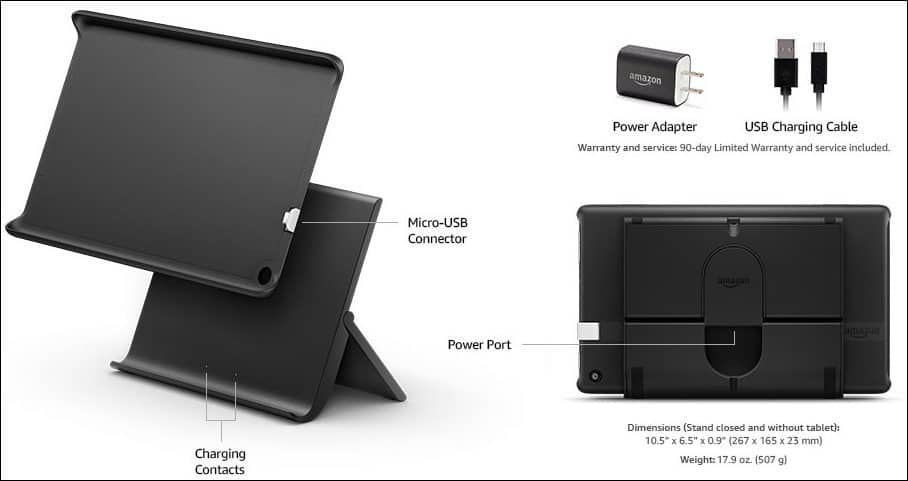 The Show Mode Charging Dock will be $39.99 for Fire HD 8 and $54.99 for the HD 10. However, for a limited time, you can preorder the dock now and get five bucks off either one. The Show Mode software update will start rolling out on July 2nd as a free over-the-air update to current gen Fire HD 8 and 10 tablets. With the software update, you will be able to start testing it out and determine if a dock would be right for your situation. The charging dock will be released on July 12th. If you don’t already have a tablet, you can the Fire HD 8 and dock bundle for $109.98 and the Fire HD 10 and dock bundle for $189.98.