Amazon is adding a new focus to live shows on its Amazon Channels which comes as part of your Prime membership.

Amazon today is releasing an update on its Fire TV devices that focuses on live television programming for Prime Video channels. There are new sections on the interface labeled “Channel Guide” and “On Now”. Both sections will provide a more intuitive way to browse through content you’re subscribed to. This feature has already been part of Fire TV Edition televisions already, and now it comes to the Fire TV set-top boxes and sticks.

The Channel Guide feature allows you to keep track of show time and the schedule for the following two weeks. This is a welcome feature because previously users would need to use a separate device like a phone or laptop to find show times. These new features do work with Alexa, so you can control them with your voice. You can say things like “Alexa, tune to HBO Family.” Or “Alexa, go to the Channel Guide.” You can also use Alexa through your voice remote or Echo device and ask to show genres of content or specific actors, and if one happens to be airing live, you will get that channel in the results. 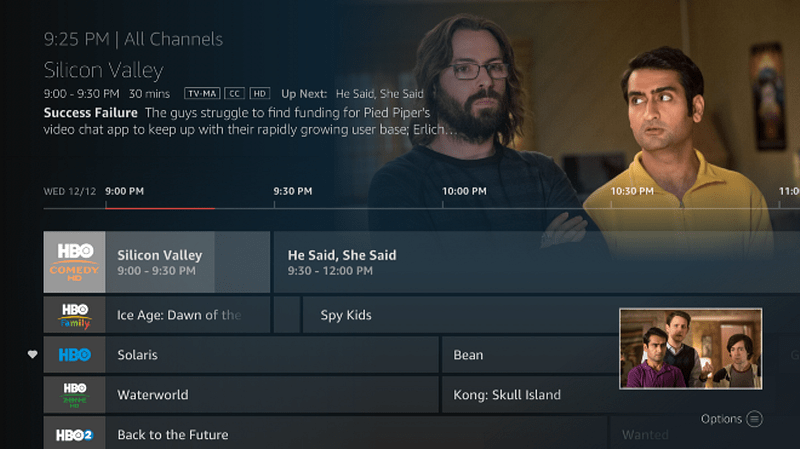 While it’s only limited to Amazon Channels with Prime to kick it off, maybe after things get rolling, other services will be brought into the fold. Or, perhaps we will see an Amazon-powered over-the-top live TV streaming service that competes with Hulu Live or Sling TV. But that is pure speculation on my part, but as a cord cutter, I would like to see less fragmentation in the industry.

Give it a try and tell us your thoughts on this new feature on Fire TV for Prime members. Leave us a comment below and share your opinion.