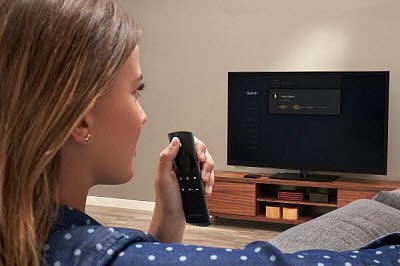 Amazon is rolling out its X-Ray feature to Fire TV and the Fire TV Stick today. It allows you to see which actors are in a movie powered by IMDB.

Amazon is rolling out its X-Ray feature to Fire TV and the Fire TV Stick today. This feature has been available on its Kindle Fire tablets for a few years now, and is finally coming to the set-top box.

X-Ray pulls up an interactive pop over that displays cast and crew details, via IMDB, of the movie or TV show you’re watching.

Amazon has had a partnership with IMDB for a few years already with the X-Ray feature on its Kindle Fire tablets — shown in the screenshot below. 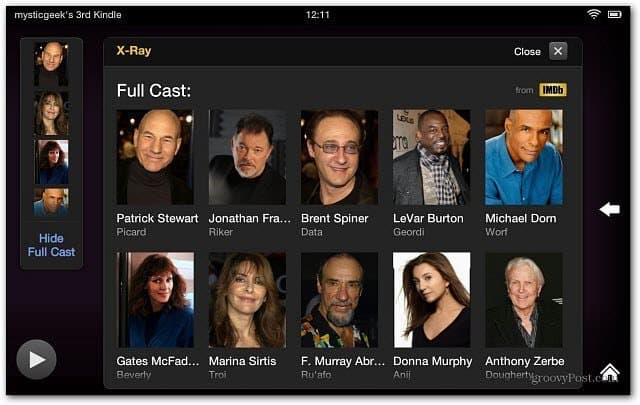 Pulling up X-Ray on the Fire TV or Fire TV Stick is easy. While you’re watching a movie or TV show, simply press the Up button on your Fire TV remote. That will bring up the IMDB information about the actors, and it displays it without getting in the way of what you’re watching.

It displays the actors in the scene your watching at the bottom of the screen.

Press the up button twice and you’ll get to the screen shown below where you can get more in-depth information about the actors. 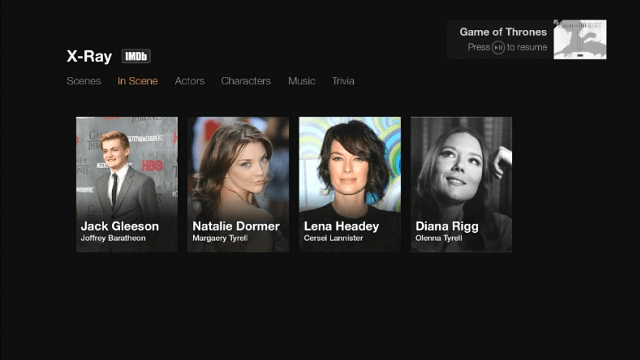 There you can get more information on scenes, music, characters, and show trivia. 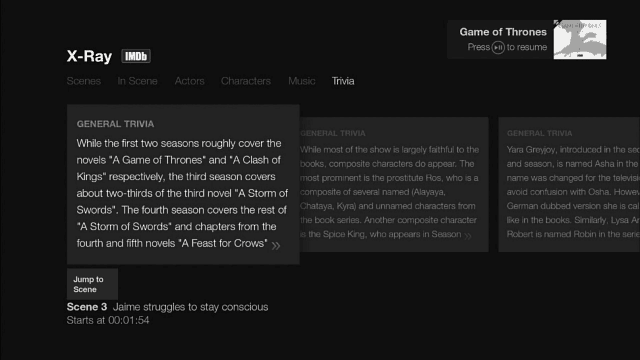 It’s also worth noting that you’ll get a list of the actors in a scene, at the bottom of the screen, each time you pause the show, too.

This only works with Amazon Instant Video, of course, so if you’re watching Netflix or another streaming service and want to use this, you’re out of luck.