Amazon is launching the Fire TV Cube which is a device that combines its Amazon Echo with its video streaming Fire TV set-top box.

Amazon is adding another new device to its line of Alexa devices. Today the company announced the Fire TV Cube which is a hybrid device that combines Fire TV and an Echo smart speaker. While it’s earlier set-top box and sticks offer Alexa support via a remote, this is the first device to include Alexa and TV into a single smart speaker experience. “We believe voice makes it easier for customers to control their entertainment systems and watch the TV and movies they care about,” said Marc Whitten, Vice President of Fire TV. “And, it’s just the beginning. Amazon Fire TV Cube will only get better over time with the Alexa service always getting smarter.”

The Fire TV Cube looks like a cubed Echo Dot, but it includes all the features of its Fire TV 4K and Echo smart speakers. There are four echo buttons at the top and a blue light that lets you know when Alexa is listening. Inside it has eight far-field mics so it can hear your commands from across the room and a built-in speaker for Alexa’s responses. It also has a 1.5 GHz quad-core processor, 2 GB RAM, and 16 GB of internal storage space (8 GB more than the 4K Fire TV dongle). It supports 4K Ultra HD and HDR-10 video and Dolby Atmos audio. 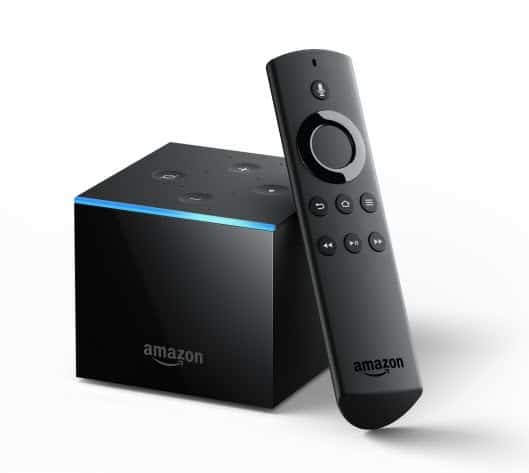 If you’re already invested in the Amazon ecosystem the Fire TV Cube should be an easy device to get used to. You can already use Alexa with the remote, but this offers a hands-free experience. But, you can already have that if you use your Echo with Fire TV for hands-free control. But if you have been on the fence about getting an Echo or Fire TV, this is a good option to consider.

The regular MSRP is $119.99 but Prime members can preorder one for just $89.99 but you need to act quick as that special ends tomorrow. Also, if you purchase and register the Fire TV Cube by July 1, Amazon will give you a $10 credit for Prime Video. The device will officially be shipped to everyone starting June 21st.