Amazon today announced it is releasing a new refreshed version of its affordable Fire HD 8 tablet with Alexa Hands-Free and Show Mode.

Amazon today announced an upgrade to its line of tablets with a refreshed Fire HD 8 tablet with Alexa Hands-Free. The notable upgrades to the tablet include a new front-facing camera and support for Alexa Hands-Free when it’s in Show Mode. With an optional dock, Show Mode essentially turns your tablet into an Echo Show device. This isn’t a high-end tablet but is a solid pick for a cheap device for watching videos, reading eBooks, listening to music, and other light tasks. If you’re an owner of a Fire TV, it also makes for a nice affordable second-screen device. 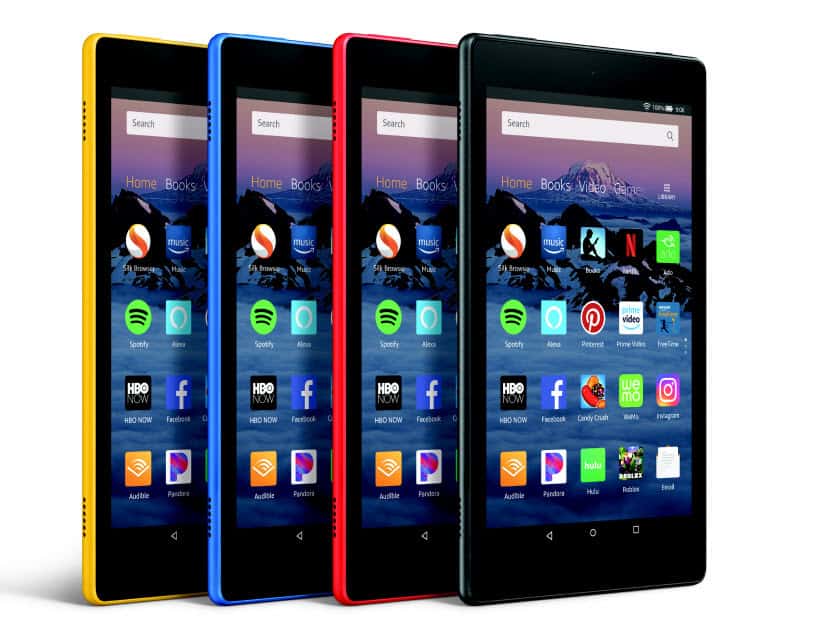 There isn’t a whole lot new to the design and internal specs versus last year’s model. It still has a 1.3 GHz processor and 1.5 GB of RAM. But it does add a 2MP front-facing camera with 720p video. The previous model only had a VGA front-facing camera and 2MP rear camera. This upgrade will allow a better experience while using video chat with other users of Fire tablets and Echo devices.

The Alexa hands-Free feature is easier to use now as the previous year’s tablet needed to be plugged in or unlocked to summon Alexa. The new model will always be listening for the wake word, so you can easily ask Alexa to play some music, turn on the lights, find out about the weather, or use Alexa Skills. It, of course, also include Show Mode that turns the tablet into an Echo-Show device when docked.

The new tablet also features a 10-hour battery, quad-core processor, 1280 x 800 display and comes with 16GB or 32GB of storage with up to 400 GB expandable storage via a MicroSD card. It will be available in four colors including Black, Marine Blue, Punch Red, and Canary Yellow. It is available for preorder today and for $79.99. Amazon also announced a $130 Kids Edition of the tablet that also features a “kid-proof” bumper and a one-year subscription to Amazon Free-Time Unlimited. Both versions of the upgraded tablet will ship starting on October 4th.