Google’s search engine training game is now available on Google+. Here’s what has changed and some screenshots of the beta.

A little over a month and a year ago Google launched its Google-Fu training “A Google a Day” trivia game. Now Google is moving the game over to its social network, Google+ as an official game app. From what I can tell, the Google+ version is much more advanced and offers features not seen in the webapp predecessor we talked about earlier. New changes include extra questions, social integration, and achievements.

To play the new AGoogleaDay game, visit its Google+ page. Google+ games require you to be logged into a Google Account with Google+ activated. 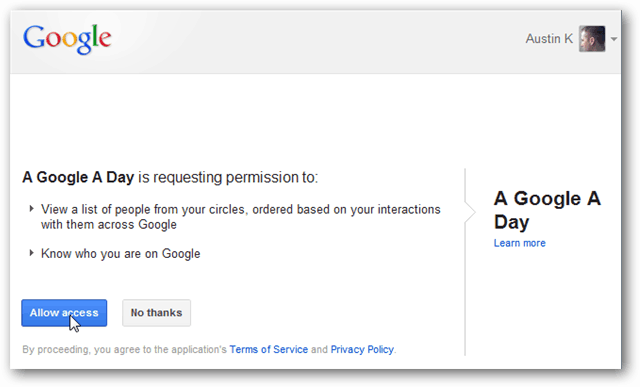 The rules haven’t change since the game’s inception last year. The goal is the find the answer as quickly as possible, by any means necessary. 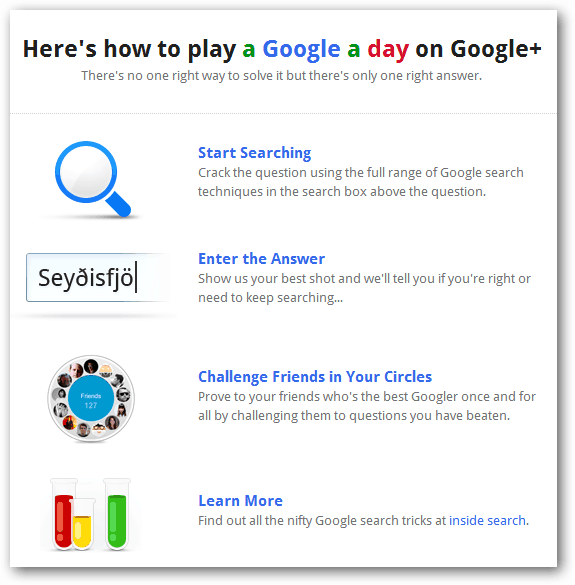 Questions cover a wide variety of topics, and as soon as you click “Play” the timer starts. 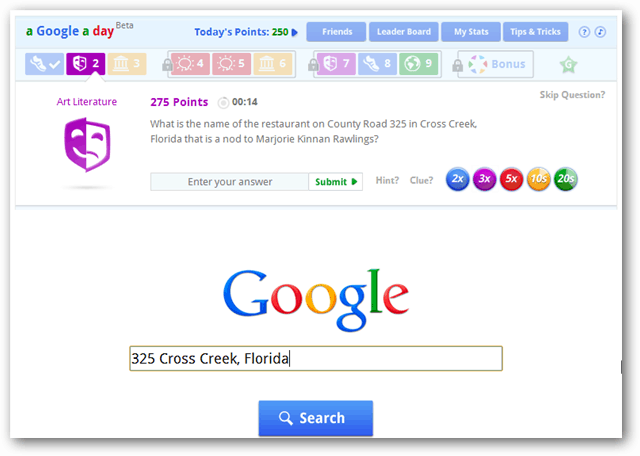 Unlike its predecessor, the new version of the game doesn’t offer detailed information regarding the question once you answer it. There also doesn’t appear to be an easy to way to go backwards and see questions from previous days. It does however have a new point and leaderboard system that is tracked indefinitely.

Overall the Google+ version of the AGoogleaDay game is vastly improved and even features nifty sound effects. Quite clever honestly — build a game which teaches your customers how to better use your product using your product!

Further regarding its popularity, Google mentioned that there were a few celebrity endorsed questions on the game over the past year; including those by Taylor Swift, Vanessa Carlton, and Jane Goodall. Currently the game is being marked as in Beta phase.