Cutting edge technology is really starting to show up in cars as was demonstrated at the 2012 LA Auto Show. Leah Collins attended and here’s what she found.

Every year the LA Auto Show debuts more cars than any other show in the world. This year we attended the opening day of the show, with an eye on what auto makers are doing to keep drivers connected and safe through technology. 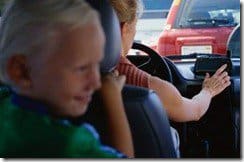 Touch screens are available through all car makers now. Night vision and thermal imaging is an option available through a few car makers such as Honda, BMW and Mercedes. Some of these services are only available with a subscription fee. Here is a brief rundown of some groovy features and cutting edge technology that just a few of the car makers are offering in 2013 and beyond.

Acura
The newly redesigned 2014 RLX is loaded with Two screens that highlight the interior. One screen is an 8-inch Navigation screen and the other is a 7-inch touch screen. You can control various components throughout the vehicle, including: the HVAC system, navigation, and hands-free cell phone usage. Brand new to Acura is the AcuraLink feature where you can initiate emergency calls when the airbags deploy, track the RLX if it is stolen, remote locking, alarm notifications, concierge service, MP3 compatibility, internet radio and email.

Audi
The Audi Multi-Media Interface or MMI uses a touchpad that recognizes handwriting. The touch screen is smartly positioned in the center console. The Audi A7 was the first car in the world to feature factory-installed Wi-Fi for up to 8 devices. With MMI drivers can navigate 3D Google Earth, enter addresses, select music tracks, or initiate telephone conversations. 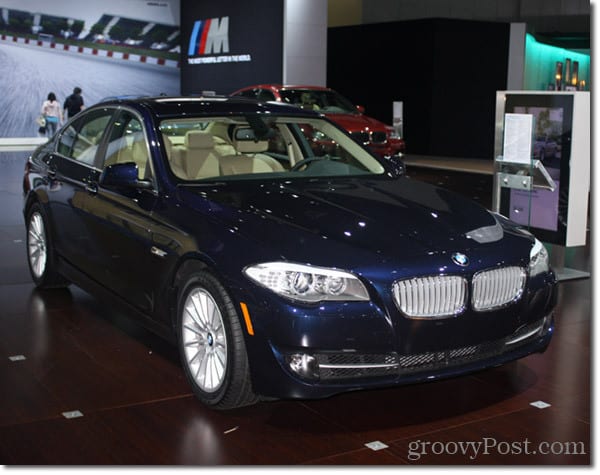 BMW
The BMW ConecctedDrive platform has been around for a few years. This year they have upgraded their features by adding 3D Navigation, a touch panel, Text-to-Speech recognition, Android support and night vision safety features available as add-ons. BMW partnered with Dragon, a voice-to- text software company, to come up with a new type of voice recognition system. It works a lot like Siri on the iPhone: it uses cloud based software to figure out what you’re saying, and as a result, it does a better job figuring out your commands.

Buick
Buick is generously making their IntelliLink infotainment system standard on all 2013 models. IntelliLink is a full-color touch screen that uses Bluetooth® or USB technology to enable seamless integration of Smartphone’s and other wireless devices. Where you can access and control Pandora internet radio using voice commands or use OnStar technology to get turn-by-turn directions.

Chevrolet
Chevy models Spark Sonic LTZ and RS will feature hands free Siri voice recognition. Drivers with a compatible iPhone running iOS 6 can direct Siri to perform a number of tasks while they safely keep their eyes on the road and hands on the wheel. Chevy Engineers made a smart move by working closely with Apple to make to integration as seamless as possible. This feature can be much safer than fiddling around with a touch screen.

Chrysler
The 2013 Chrysler Town & Country minivan is a showcase of innovations, with a list of over 40 standard convenience and safety features. Chrysler is setting the bar for safety, security and technology with features that provide their customers with the safety we expect to give us a little more peace of mind when traveling with the family. These features include ParkView® rear backup camera, Front seat-mounted air bags, Driver-side inflatable knee blocker, Advanced multi-stage driver and front passenger air bags, Side-curtain air bags for all three rows, Break Assist and all-speed traction control and electronic stability control.

Additional 2013 enhancements include sharper-resolution rear-seat DVD screens for all models, a HDMI input for video game systems, two rear-seat USB ports for charging cell phones or MP3 players. Navigation, SIRIUS satellite radio and SIRIUS Travel Link and the UConnect® suite of technologies standard on all Town & Country Models offers touchscreen and voice command for convenient control of multiple media sources and outputs, and Hands-free phone. Available UConnect Web transforms the Town & Country into a “hot spot” to deliver the Internet directly to the minivan for instant access to web sites, e-mail and more. After experiencing the Chrysler Town & Country at the 2012 Los Angeles Auto Show we quickly raised it to the top of our list as the ultimate family travel vehicle. And, the 2013 Town & Country has an available Blu-Ray dual-screen DVD entertainment system , a first in the industry. 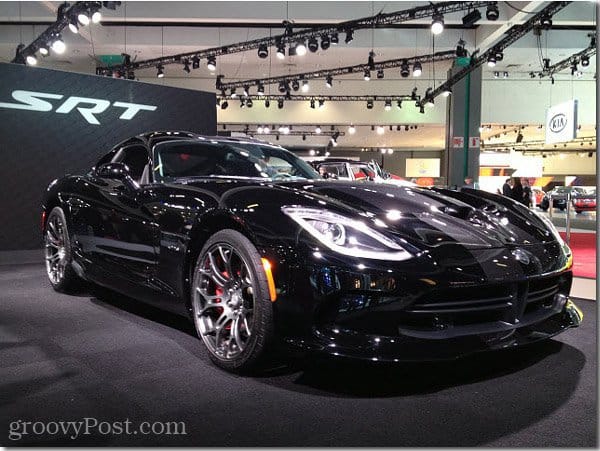 Honda
Honda’s top selling Accord features an 8-inch LCD at the top of the dashboard, standard for all 2013 trims. A new safety feature called LaneWatch integrates a tiny camera into the right-hand mirror and is available on EX-L models and above. 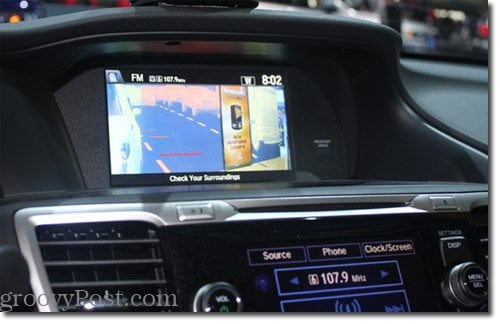 LaneWatch gives the driver a four times greater view of the blind spot area to the right of the car. The EX-L with navigation includes a 16- GB hard drive to store music. All trims include Pandora, hands free text messaging and dialing.

Hyundai
Hyundai’s cloud-based Blue Link system is similar to OnStar but costs half the price. On a cooler note, all of the functions are explained in several one-minute videos on Hyundai’s Web site and are narrated by the actor Jeff Bridges.

Kia
Kia’s UVO system is powered by Microsoft. It is available in the Kia Sorrento Models, it includes navigation and GPS where you can monitor your car’s location. The system will text notifications to your phone whether you forgot where you parked your car in a lot, if the car is driven past a certain hour or out of a certain set boundary, useful features if you have a teenager.

Mercedes Benz
Mercedes Benz mbrace Telematics Technology is a voice controlled personal assistant system that has 18 different features ranging from searching restaurant reviews on Yelp to finding where you parked your car. The mbrace system is designed to keep up with ever changing technology for emergency help when you need it. Frequent updates are available with an array of internet based apps that integrates Google Maps, Yelp, Facebook and real time traffic and weather reports. There is even a concierge service where a real live person will make reservations or help you find your way when lost, with an added fee, of course.

This week, in the World of Supercars at the 2012 Los Angles Auto Show Mercedes-Benz announces the Sticker Price of the the new 2013 SLS AMG GT Supercar. The 2013 model touts numerous upgrades, including an additional 20 horsepower (for a total of 583 hp) powered by a 6.3-liter V8 Engine with a seven-speed dual-clutch transmission. 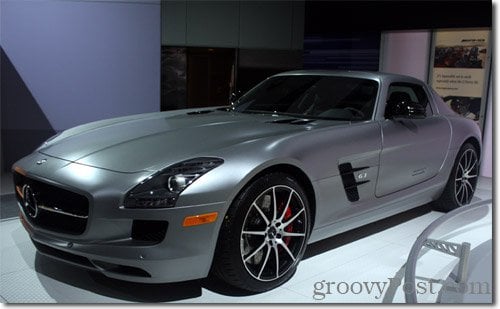 Toyota
The Toyota Entune Touch screen and voice recognition system allows you to make dinner reservations, search the internet via Bing, purchase movie tickets and check local gas, sports, stocks, iHeartRadio, traffic, weather, and Pandora. It is a collection of popular mobile apps and data services that are accessible right from Entune and will be rolling out as standard feature on most of their new models.

More from the Los Angeles Auto Show Series, Checkout one of our favorites debuts of the 2013 show, a new SUV that runs on water (H2) – 2015 Hyundai Tucson Fuel Cell (FCEV)